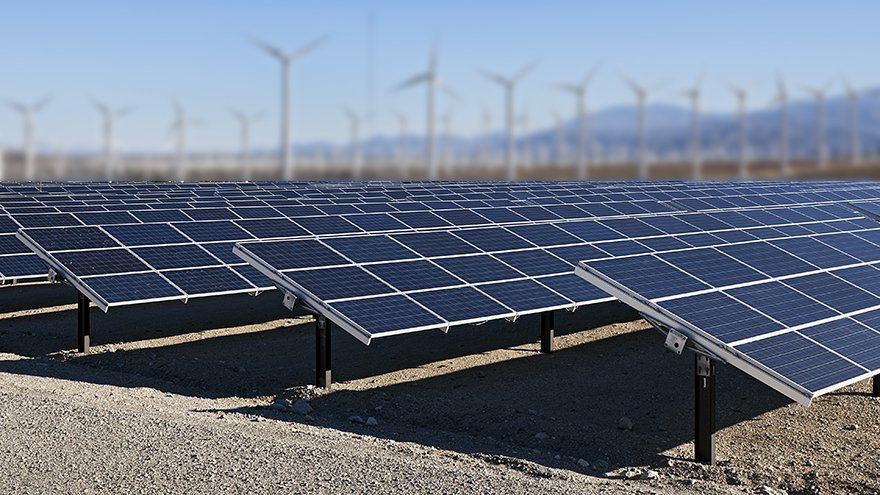 The Indian state of Andhra Pradesh has released a draft document outlining its plans for 3GW of wind and solar hybrid projects by 2019/20.

These are ambitious plans according to Mudit Jain, consultant at Bridge to India, given that India’s Ministry of New and Renewable Energy (MNRE) is targeting 10GW of wind and solar hybrids by 2022 and now Andhra Pradesh is aiming for 30% of this target. Furthermore, the state already has a vast solar PV project pipeline and tendering programme. Tenders in the state have already generated some of the lowest solar tariffs ever in India.

Jain said Andhra Pradesh is also the first state to adopt this policy from the Central government.

The state’s ‘Wind-Solar Hybrid power Policy – 2016’ forms part of its wider goal of 18GW of renewable energy projects by 2019/20, alongside incentives for solar and wind power, large-scale solar park development, green corridor investment for power evacuation, and power procurement through PPAs. The aim is for 10GW of solar and 8GW of wind accounting for 10% of the national target.

The draft document said that solar and wind power potential in the state is concentrated in the Rayalaseema belt of the south. When used together the two technologies can complement each other to help optimal utilization of transmission infrastructure by reducing the variability in renewable power generation and achieving better grid stability.

The hybrid projects can also be coupled with other technologies such as energy storage. The policy will also be flexible by acknowledging that solar power capacities can be smaller in areas of high wind density and vice versa.

A number of incentives will be in place for the next five years including the hybrid projects having a must-run status for injection to the grid. MNRE joint secretary Tarun Kapoor recently wrote to the Central Electrcity Regulatory Commission (CERC) to complain that solar power was being curtailed by various distribution companies (Discoms) and must be given priority over thermal power. Hybrid projects in Anhra Pradesh will be given this status from the off.

A loan of US$200 million from the World Bank's recent offering of US$1 billion to Indian solar, will be available for large-scale solar projects and innovation with wind and storage hybrids.