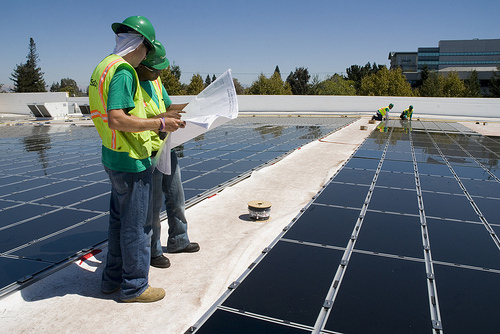 The Assembly Utilities & Commerce Committee passed bill 2339 on Wednesday at a 10-2 vote in a crucial bid to give all state consumers equal access to rooftop solar regardless of utility territory.

The bill presently awaits final ratification from the Assembly floor.

Prior to this legislative update, solar access in California was predetermined based on location and particular utility. The bill aims to make rooftop solar systems equally available in all utilities across the state regardless of location; giving consumers a level playing field in terms of access to solar.

The bill comes at a welcome time amidst a host of net metering controversy across California and neighbouring state Nevada.

“At its core, this is a consumer protection bill,” said Assembly member Jacqui Irwin, author of the bill. “Everyone in California should have equal access to solar energy regardless of what city they live in.”

The bill is a significant continuation to solar progress made in the state. In January, the California Public Utilities Commission voted to protect net metering for consumers living in investor-owned utility territories around central, coastal and southern California. Now, under AB 2339, some forty municipal utility-served districts will be able to offer net metering under far more favourable rules.

The bill supplements the serious solar policy dialogue that was started on the back of the Aliso Canyon gas leak. In order to mitigate predicted power disruptions, the Brown Administration released an action plan packed with solar incentives including solar PV and solar thermal solutions. The California Solar Energy Industries Association (CalSEIA) highlighted how protecting net metering evenly for all consumers is the logical next step.

“Rooftop solar power has always made sense in California, and the accident at Aliso Canyon makes this solution even more apparent,” said Bernadette Del Chiaro, executive director of the CalSEIA, in a statement. “Protecting net metering for all consumers is key to tapping into California’s abundant and clean solar energy, creating jobs, and saving consumers money.”