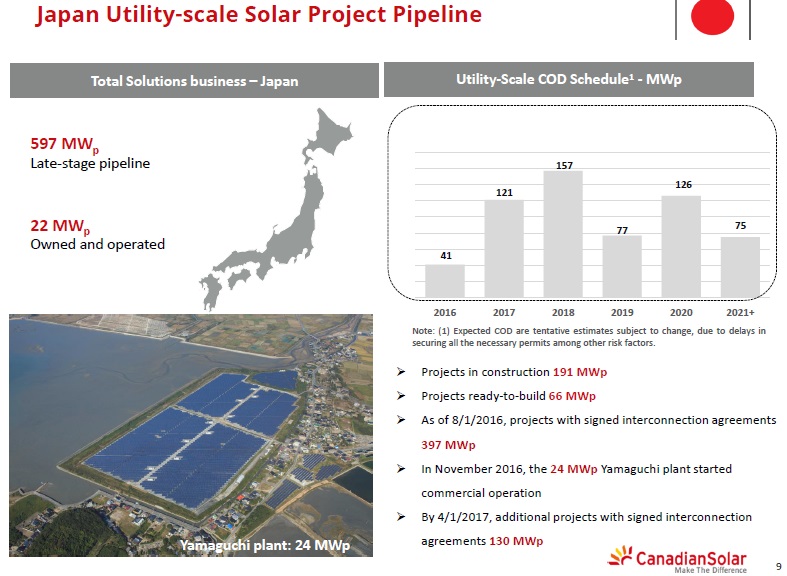 The Aomori Solar Power Plant is expected to generate around 11,695MWh of electricity annually, which will be purchased by Tohoku Electric Power under a 20 year feed-in-tariff contract of US$0.31/Kwh.