The SMSL noted that it had lowered full-year PV module shipments to 6GW to 6.2GW, compared to previous guidance of 6.6GW to 7.1GW.
Full-year revenue was lowered to US$4.0billion to US$4.2 billion, down from US$4.4 billion to US$4.6 billion, previously guided.

Total revenue for the third quarter of 2018 is expected to be in the range of US$790 million to US$840 million, compared to US$912.2 million in the prior year period.

Dr. Shawn Qu, Chairman and Chief Executive Officer of Canadian Solar, commented, “The revision of our annual guidance is in-line with the boarder industry and mainly reflects the expected reduction of shipment volumes to the Chinese market in the second half of the year, as well as the expected lower solar module average selling price. In the near-term, we will focus on maintaining our market share and protecting a reasonable profit margin.”

There were no previous plans to increase wafer capacity in 2018, which remains at 5GW. 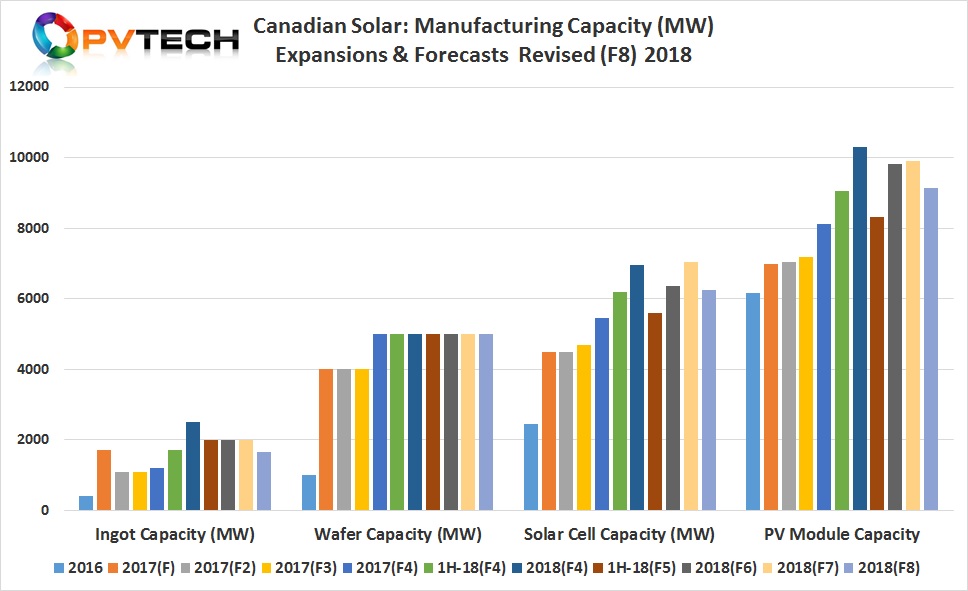