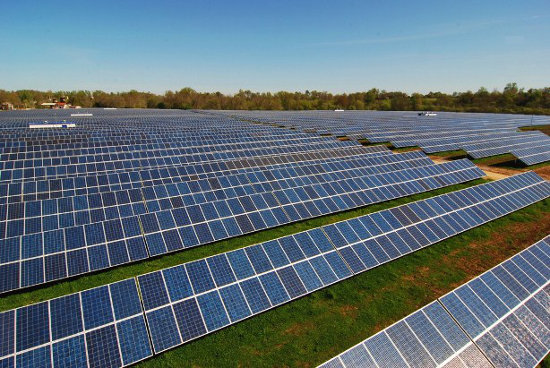 'Silicon Module Super League' (SMSL) member Canadian Solar has reported better-than-expected third-quarter revenue that pushes full-year guidance to US$3.28 billion to US$3.33 billion on the back of expected higher-than-guided module shipments in the range of 4.6GW to 4.9GW.

Based on shipment guidance that closes in on SMSL leader, Trina Solar, Canadian Solar has more than likely secured its ranking as the second largest PV manufacturer in the world for 2015, up from third in 2014.

Michael G. Potter, senior vice president and chief financial officer of Canadian Solar, said: “We were able to deliver a 33.5% increase in net revenue to $849.8 million in the third quarter, compared to the second quarter. Our strategic decision to build inventory levels in the second quarter helped us to seamlessly meet anticipated higher demand levels in the third quarter and has positioned us well entering the fourth quarter. Gross margin of 14.9% was above the high end of our guidance of 12% to 14%, as higher than expected average selling prices for our modules helped offset the lower gross margin from the partial Tranquillity project sale.”

Canadian Solar said that its late-stage, utility-scale PV project pipeline totalled approximately 2.5GWp at the end of the quarter, with an estimated resale value exceeding US$5.0 billion and a gross profit contribution of US$850 million.

In addition to its late-stage pipeline Canadian Solar said its fleet of PV power plants in operation totalled approximately 257MWp, with 99MWp in China, 8 MWp in Canada, 40MWp in the UK, 15MWp in Japan and 17MWp, owned through subsidiary Recurrent Energy, in the US and Spain.

Sales of electricity in the third quarter reached US$8.6 million, compared to US$7.1 million in the second quarter of 2015. The resale value of the fleet was said to be estimated at over US$500 million.

The company guided total revenue for the fourth quarter to be in the range of US$930 million to US$980 million, with gross margin expected to be between 13% and 15%.

The capital expenditure budget for all of the capacity expansions planned included an estimated US$104.0 million to be spent in the second half of 2015 and a further US$297.0 million allocated to the expansions in 2016, according to the company. More indepth analysis on the major expansions is here.