China installed record 24.4GW of solar in first-half of 2017 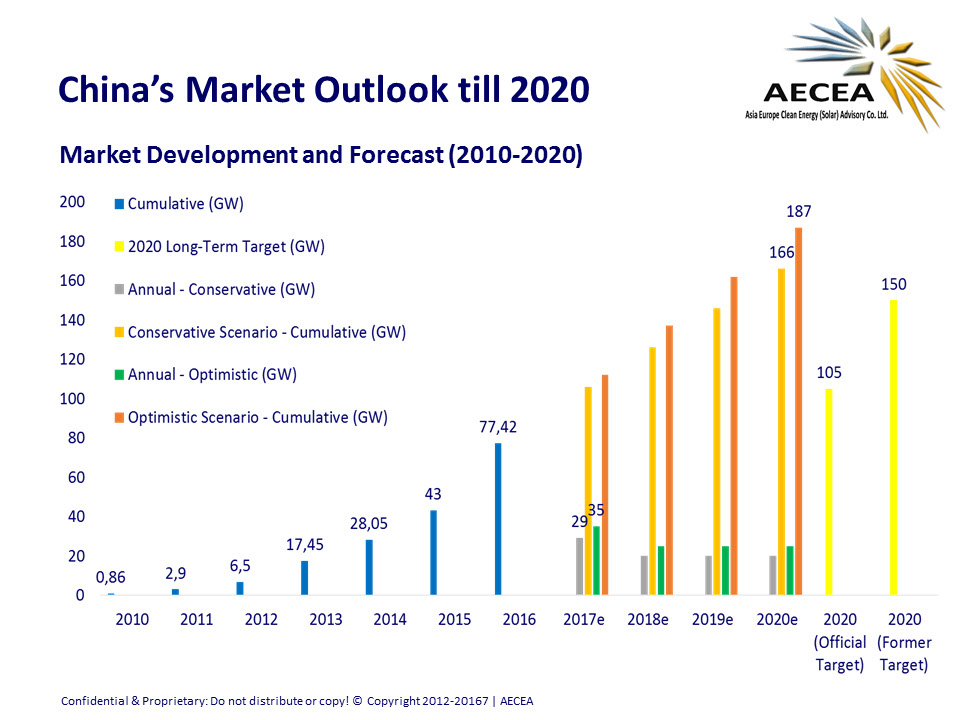 According to the China PV Industry Association (CPIA), China installed a total of 24.4GW of solar in the first-half of 2017, a new year-on-year record, 9% above last years record installation figures.

Recently, independent industry advisory firm AECEA noted that China PV installations in the second quarter of 2017 could reach between 16-17GW, pushing first half year figures to a new record high of over 24GW, compared to around 21GW in the prior year period.

AECEA also noted that China was just around 3GW away from its 13th Five-Year-Plan (2016-2020) target of reaching cumulative installations of 105GW.