The unaudited consolidated gross profit was approximately RMB8,815,000 (US$1.37 million), flat with results posted in the prior two quarters of 2015.

However, gross margin continued to decline over the last two years. Comtec reported a third quarter 2015 gross margin of 2.8%, compared to 7.4% in the prior year period. Gross margin in the first six months of 2015 had declined to 3.2%. 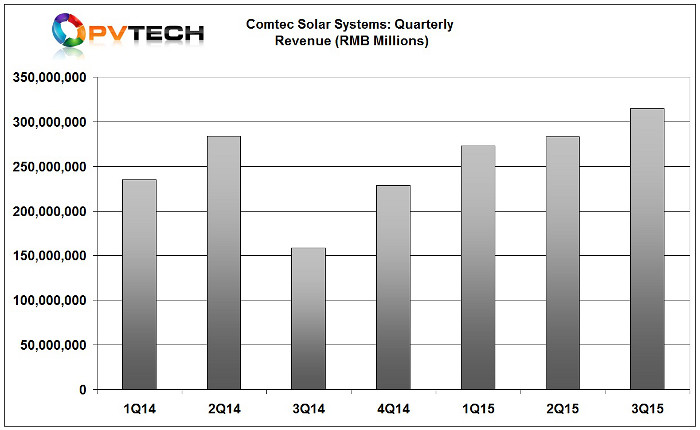 The company said that the decrease in gross profit and gross margin was mainly attributable to the decrease in monocrystalline (125mm x 125mm) wafer ASPs, which declined to approximately RMB1.6/W (US$0.25/W), compared to RMB1.7/W (US$0.27/W in the prior year period.