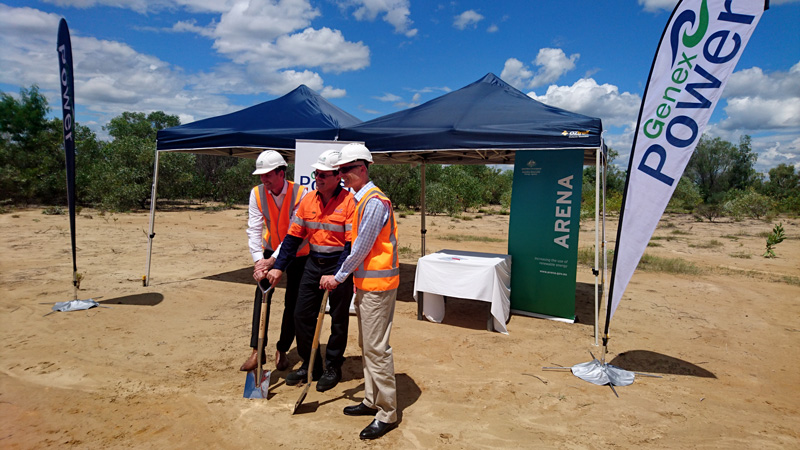 Construction has started on the first phase of what will be Australia’s largest solar plant, just off the back of reaching financial closure.

Genex’s 50MW Kidston solar farm in Queensland is one of 12 new solar farms to be built through the Australian Renewable Energy Agency’s (ARENA) large-scale solar round.

ARENA CEO Ivor Frischknech said: “Almost all of Australia’s current large-scale capacity has been built with ARENA support – 211MW of a total 241MW.

“Our competitive large-scale solar round has further accelerated the commercialisation of the sector – our AU$92 million (US$7o.6 million) support has unlocked a billion (AU$) dollars of renewable energy investment and is helping to drive down costs even more.”

Genex executive director Simon Kidston said the location of the project would add stability to the local network in Northern Queensland – adding: “It will reduce the necessity for importing electricity from neighbouring areas, providing a benefit to the entire network.”

There are plans for a 270MW second phase of the project.