While the global market for inverters has grown significantly this year, price pressure is limiting growth in a highly competitive market, according to an analyst from IHS.

Cormac Gilligan, senior analyst for the solar industry supply chain at the research firm told PV Tech today that year-over-year shipments of inverters grew by as much as 35% during the first nine months of the year, including a “dramatic increase” in August and September. By the time IHS completed a survey of inverter customers in October, prices had dropped to US$0.12 per watt.

At the end of October in its most recent PV Inverter Customer Insight Survey, Gilligan’s team had reported that an expected 20GW of inverter shipments in the fourth quarter of this year would mean year-on-year growth stayed at 4%.

Despite the high profile exit from the industry of Advanced Energy in June, Gilligan said there were broadly speaking still the same number of suppliers serving the market as a year ago, including the re-launch of Swiss company SolarMax which was brought out from liquidation and is now manufacturing its units in Germany.

Gilligan also said his team had noted an increase in popularity of Chinese inverter makers including Sungrow, Huawei and TBEA, with Sungrow among inverter suppliers now also executing its own projects through an EPC branch, in some ways mirroring the recent trend for increase vertical integration among Chinese module suppliers.

Even within this competitive space, the IHS analyst said that efforts to ramp up by two huge companies in particular, China’s Huawei and General Electric (GE) from the US, was “soaking up” a lot of the overall increase in shipments.

“The suppliers that are really ramping up now are Huawei and GE. Huawei obviously are very big in China and building out their international business in Europe and the US will be a key market for them moving forward. GE have signed a deal with NextEra Energy for 1GW of projects in the final quarter of this year and into 2016 and are going to be active in markets like Japan and India going forward.

“If you factor in those two industrial, multinational, very large suppliers on top of a relatively crowded marketplace, that soaks up a lot of the increase in shipments. That means in US utility-scale now you’ve got a few more suppliers competing as well as European suppliers that are really trying to ramp up that have moved over.” 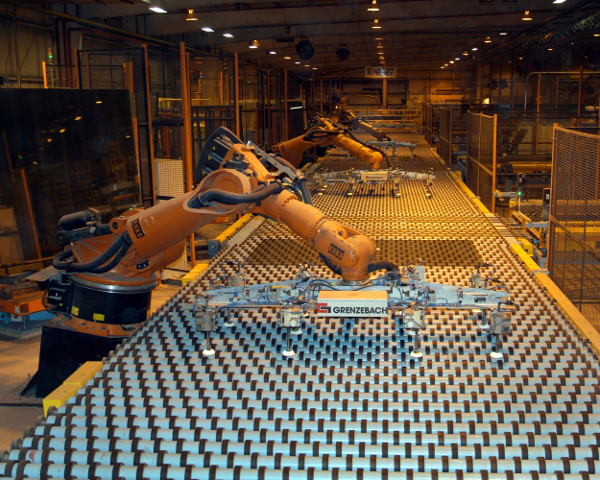 April 6, 2021
PV Tech's Carrie Xiao analyses the health of the solar glass sector in 2020, reports of record profits from the industry's leading players, and takes a look at the year ahead.