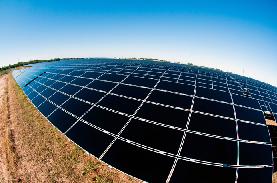 The installation, which is currently under construction by Invenergy, is located in Brookhaven, New York — about 96km east of Manhattan. The project is being built on the grounds of the former Tallgrass Golf Course and is expected to be completed in the second quarter of 2018.

The Long Island Power Authority (LIPA) will purchase the power at the site under a 20-year agreement. The project is expected to create more than 175 jobs during construction and generate between US$700,000 andUS $900,000 in annual tax revenue for the local community.

Rob Caldwell, president, Duke Energy Renewables and Distributed Energy Technology, said: “We are excited to enter New York with a renewables project that offers many benefits to the state and local community. The solar project will help meet the energy needs of LIPA's customers while delivering tremendous economic and environmental benefits.”

Energy generated from the project is expected to displace 29,000 tons of greenhouse gas emissions annually and generate close to 1 million MWh of clean, renewable energy over its lifetime.