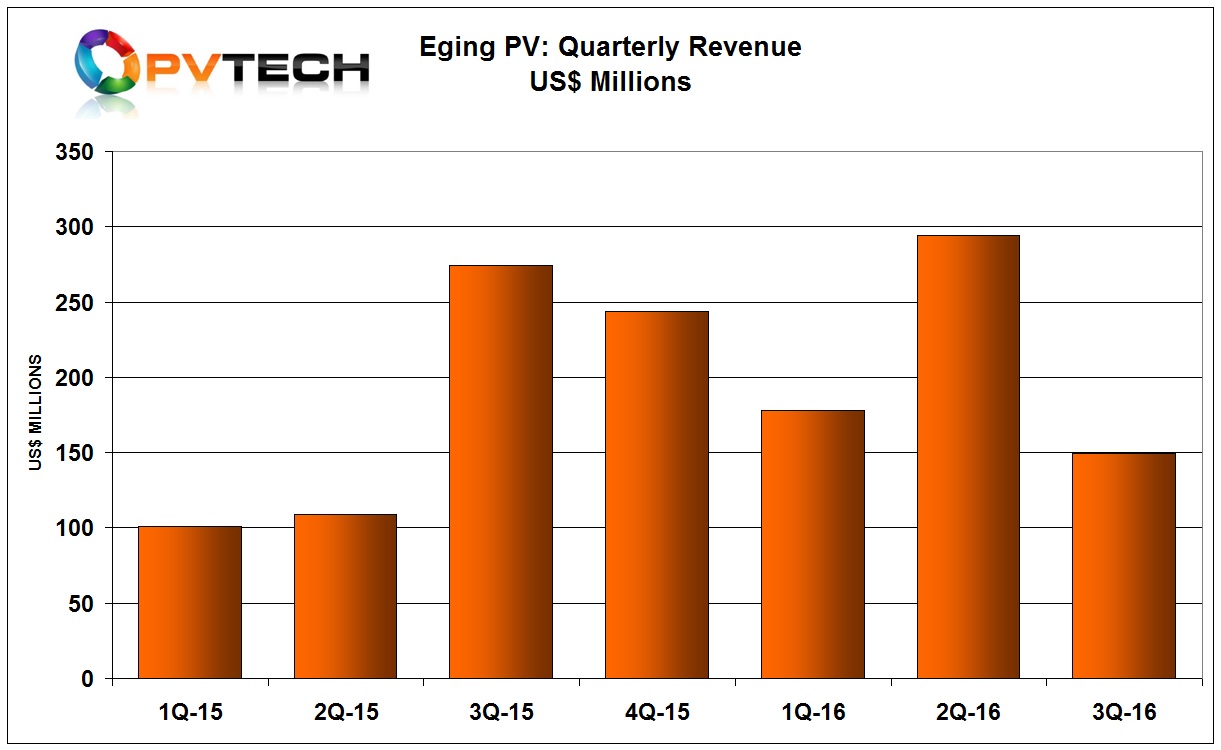 The stark revenue volatility is primarily due to huge downstream demand in China in the first half of 2016, which installed an estimated 22GW, followed by a major stall in PV power plant project construction after the end of June feed-in tariff changes.

Eging PV reported third quarter revenue of around US$149.2 million, compared to US$274 million in the prior year period. However, revenue was down 49.3% from the second quarter of 2016 when revenue peaked at around US$294 million.