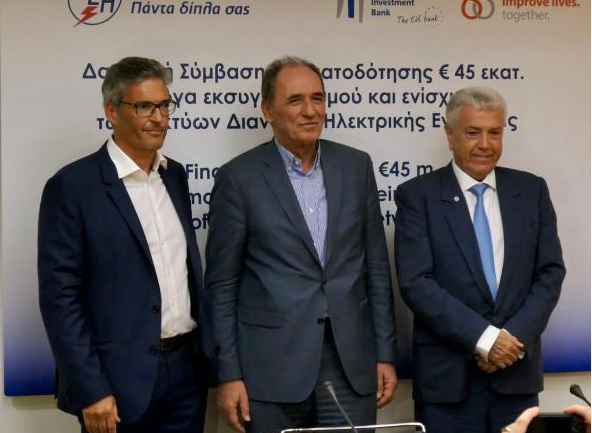 The European Investment Bank (EIB) is providing a €85 million loan to reinforce Greece’s national electricity network in order to support the increased use of renewable energy as well as modernise electricity distribution across the Greek mainland and islands.

The €170 million network investment programme is being carried out by the Hellenic Electricity Distribution Network Operator (HEDNO), a subsidiary of the largest power provider in Greece, PPC.

The EIB and PPC have signed a second 20-year loan amounting to €45 million out of the total loan facility of €85 million.

The programme will improve high-voltage substations and its network to ensure reliable electricity supply to PPC’s 7.2 million customers nationwide and improve remote monitoring of the network. It will also strengthen connections to new renewable energy schemes and reduce the level of electricity lost through theft.

PPC chairman and CEO Manolis Panagiotiakis said: “The role of the distribution network, an imperative parameter for the operation of electricity, becomes extremely important for green energy and consumer’s participation, within the European policy framework and in correlation with all relative technological developments

The board of the EIB has also approved a total of €276 million of new financing for energy initiatives. As a small part of this the bank will also launch a new programme to finance off-grid solar power providers across Africa.