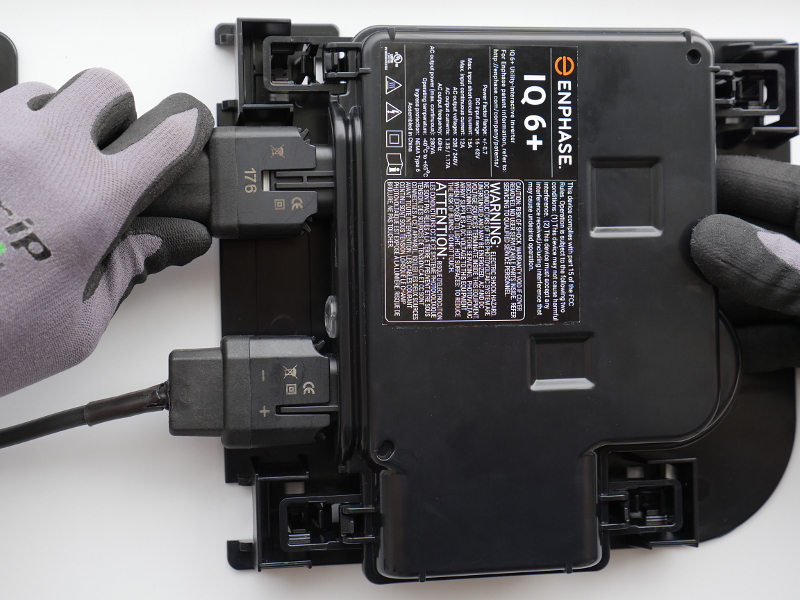 “We are thrilled to appoint Badri, a highly respected and accomplished leader with a proven track record of growth and operational excellence, as Enphase’s new President and CEO,” said Steve Gomo, lead independent director of Enphase Energy’s board of directors. “Following a thorough review of candidates, the Board determined Badri’s ability to connect people, vision and ideas to drive strategy and execution make him an ideal fit for his new role at Enphase.”

Kothandaraman joined Enphase in April 2017 as COO. Previously he had a 21-year career at Cypress Semiconductor.  An engineer by training, Kothandaraman received his B.Tech degree from IIT Madras and an M.S. degree in materials science from U.C. Berkeley. He started his career with Cypress Semiconductor in 1995 and worked in process technology development and chip design before becoming vice president of the Asynchronous SRAM Business in 2008. Kothandaraman was subsequently promoted to executive vice president of Cypress's Data Communications Division in November 2011 and spent the next five years building the USB 3.0, USB-C and the Internet of Things businesses.

He also served as the executive director of Cypress Semiconductor Technology India Private Limited from 2012 to 2016. Kothandaraman attended the Stanford Executive Program in 2008 and holds eight U.S. patents.

“I am excited about the opportunity to lead Enphase as we continue to explore growth opportunities and strengthen our leadership in renewable energy,” said Badri Kothandaraman.

Enphase recently reported a strong rebound in sales and shipments, which hit a new record in the second quarter of 2017, yet losses continued to weigh on restructuring efforts aimed at restoring profitability. Inverter manufacturers are also being impacted by near-term component shortages. The company also risks being delisted from the NASDAQ.

6 October 2021
The future is bright for a new era of US solar and storage, and the 8th annual Solar & Storage Finance Summit will provide opportunities to discuss solutions to the industry’s challenges and provide a networking platform designed to bring together the top minds in the industry to do business. With a mix of high-level, informative presentations and panels, a stellar cast of speakers and audience members with deal-making capacity, the 2021 edition of the event will be a sell-out success.
enphase energy, finance, microinverters, pv power plants, usa