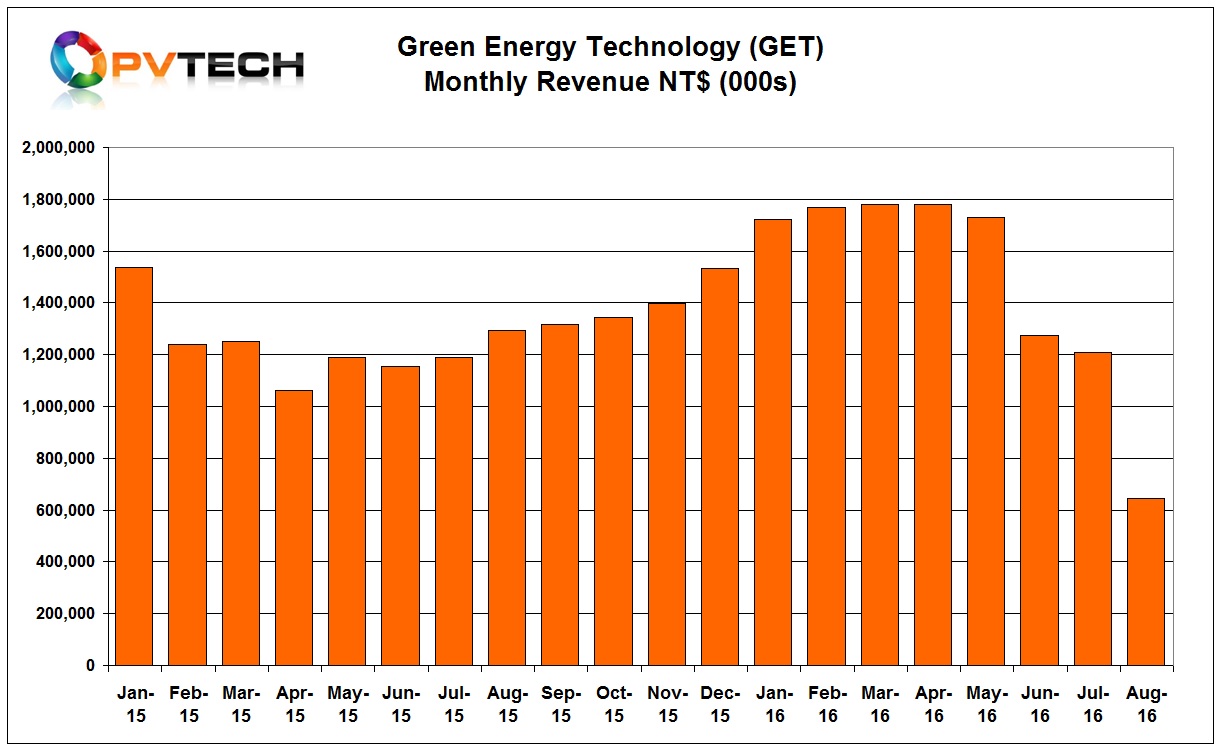 Sales are at the lowest monthly rate since 2012.

The significant decline in sales is primarily due to weakness in end-market demand in China, after the country installed around 20GW in the first half of the year to beat FiT reductions at the end of June.

The last few months have ended GET’s long-run of operating its wafer facilities at above 95% utilisation rates.

GET supplies key Taiwan-based solar cell producers which have major PV module manufacturing clients in China as well as manufacturers in China.