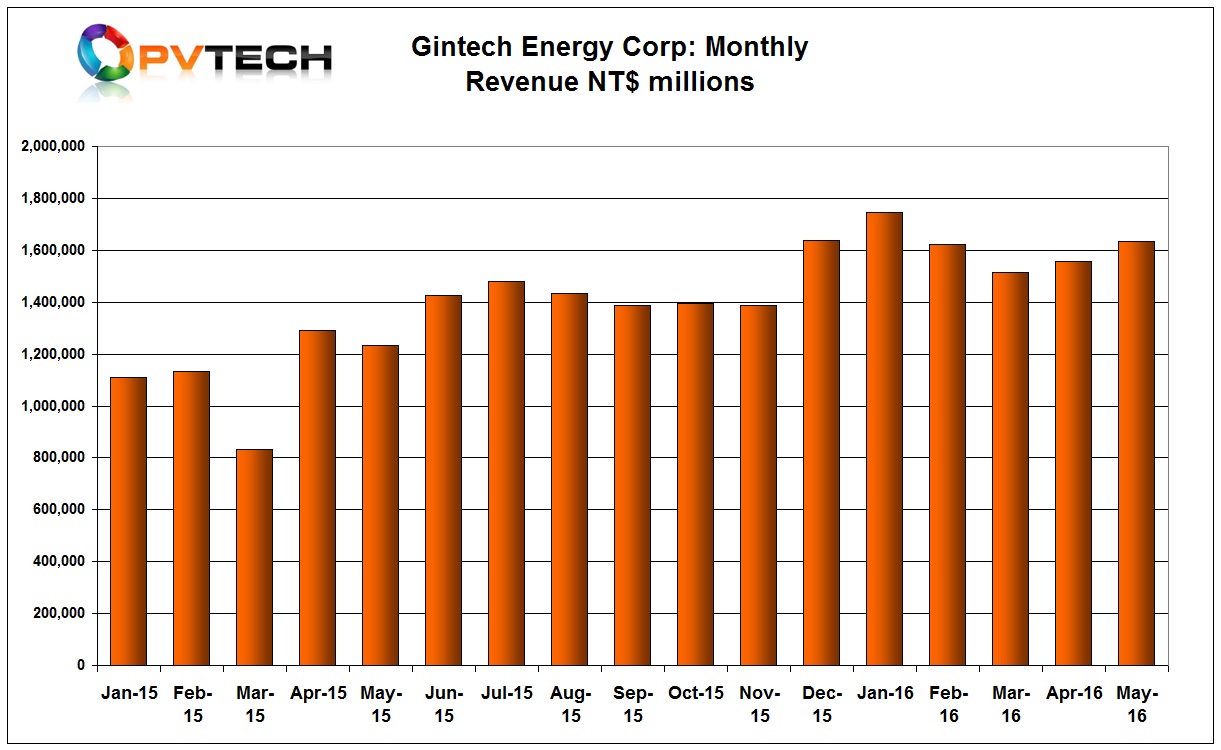 Sales growth momentum is partially due to it ability to supply solar cells (350MW) and modules from it new facility in Thailand, which is ramping production after being capacity constrained in 2015.