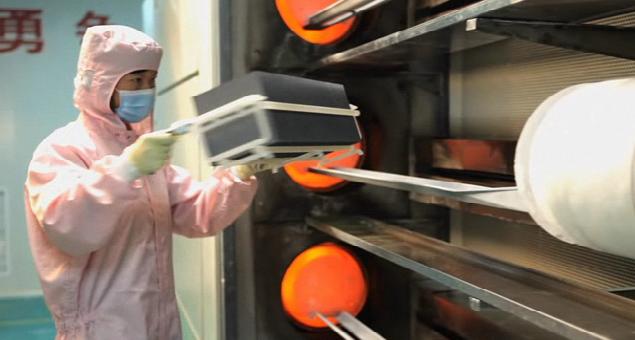 With full-year shipments within previous guidance of 3.2-3.4GW, Hanwha Q CELLS confirmed its position as the fifth largest PV module manufacturer in 2015 and fifth-ranked SMSL.

Hanwha Q CELLS missed expected revenue recognition on PV module shipments in the fourth quarter of 2015, due to timing issues that related to around 248MW of modules still in shipment to customers, including US-based NextEra, with which the company signed a 1.5GW supply contract in 2016.

Total module shipments in the quarter were 1,238MW, which included 990MW recognised in revenue, 911MW from external shipments and 78MW used in its own downstream PV project business. A total of 1MW of shipments were attributed OEM business in the quarter.

The company missed expected gross margin figures for the fourth quarter of 2015, noting in its earnings call that it was impacted by PV power plant project sales in the being lower than expected in the quarter as well as incurring additional manufacturing ramp-up costs. 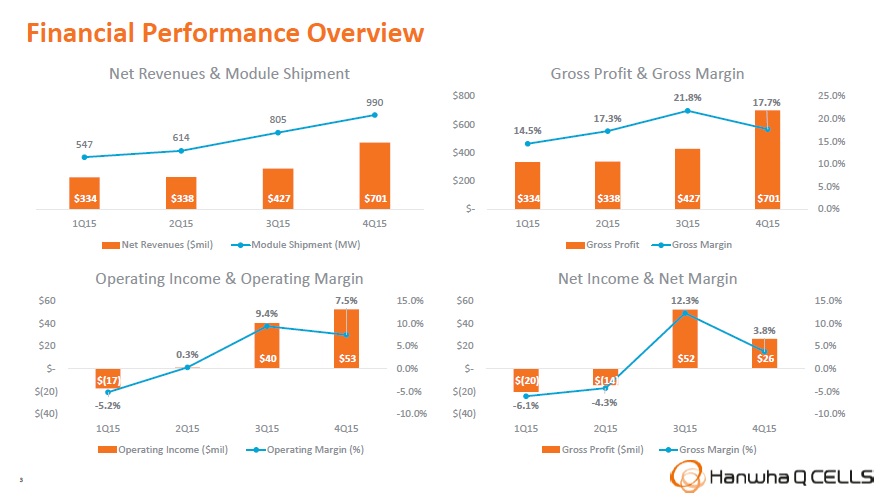 Gross profit was US$323.5 million, with a gross margin rate of 18%, compared to a gross margin in 2014 of 8.5% .The company said that the gross margin improvement was largely driven by cost structure improvements from continued high utilisation, a higher level of automation and higher purchasing power with a larger scale post-merger that had reduced operating cost by around US$100 million in the year.

Hanwha Q CELLS reported an operating profit of US$76.6 million for the full year.

Seong-woo Nam, chairman and CEO of Hanwha Q CELLS said: “We are pleased to report a successful, transitional financial and operational results for full year 2015 highlighted by a return to net profitability and record high total module shipments as we celebrate the first full year since the merger between former Hanwha SolarOne and Hanwha Q Cells Investment.”

“Our achievement in manufacturing cost reduction was remarkable in 2015 as we are now in a leading position among Asian tier-1 peer group,” Nam added. “Our globally diversified cell and module production sites in South Korea, Malaysia and China will continue to help us to serve different global markets highly cost-competitively and immune from US and EU import duties.”

Nameplate cell and module capacity is expected to reach 5,200MW by mid-2016, which includes an additional 800MW of cell production operated by Hanwha Q CELLS Korea, an affiliate of Hanwha Q CELLS.

The company said that it expected capital expenditures of approximately US$180 million in 2016, which included US$100 million for capacity expansions and US$80 million for manufacturing technology upgrades and certain unspecified R&D related expenditures.

“Our achievement in manufacturing cost reduction was remarkable in 2015 as we are now in a leading position among Asian tier-1 peer group,” Nam added. “Our globally diversified cell and module production sites in South Korea, Malaysia and China will continue to help us to serve different global markets highly cost-competitively and immune from US and EU import duties.” 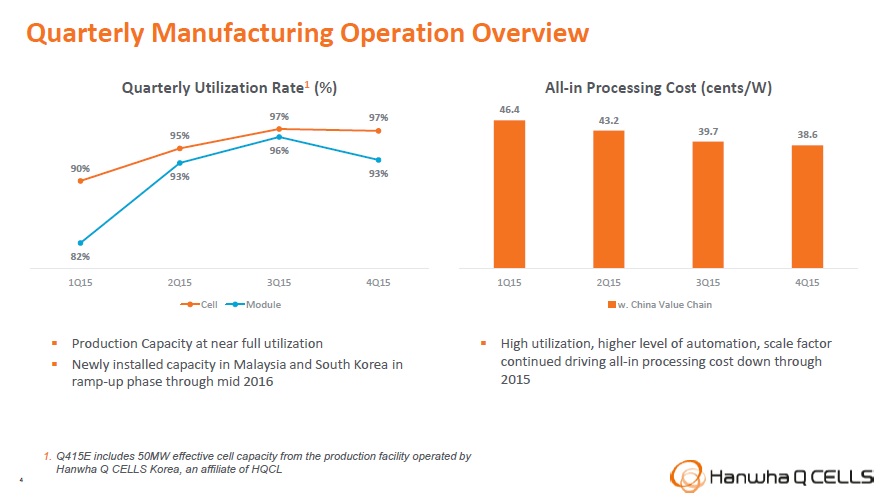 The company also guided full-year PV module shipments to be in the range of 4.5GW to 4.7GW.