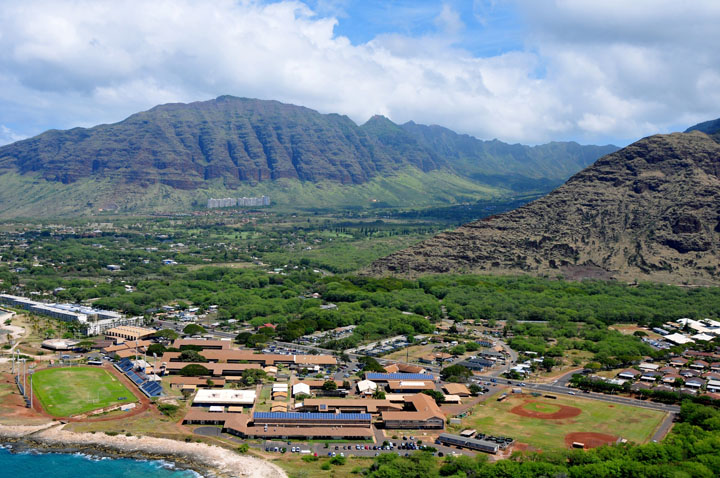 The project broke ground in March 2016 with the array coming online mid-this month. It constitutes the largest in operation in Hawaii to date; generating enough clean electricity to power around 11,000 homes annually. Located on just over 80 hectares of land in West Oahu, the park will sell its energy to HECO at the rate of 14.5 cents/kWh. It is therefore not only the biggest, but on the lowest-cost renewable projects on the Island.

The project was developed and is operated by San Diego’s Eurus Energy America. It is jointly owned by Eurus and Toyota Tsusho America.

“Waianae Solar is a vital addition to Hawaii's portfolio of renewable energy resources and we appreciate the role that the Waianae community serves in hosting this important project,” said Alan Oshima, president and CEO of Hawaiian Electric. “Oahu is challenged with having the greatest population and electricity demand but fewer sites where larger renewable energy projects are possible.”

The mammoth project means that Hawaii is one step closer to achieving its accelerated energy goal of 100% renewable energy by 2040. In further advancement of that goal, Maui Electric and Hawaii Electric Light recently as the Hawaiian Public Utilities Commission (PUC) to start an RfP for renewable procurement.