How US solar capacity could double year-over-year 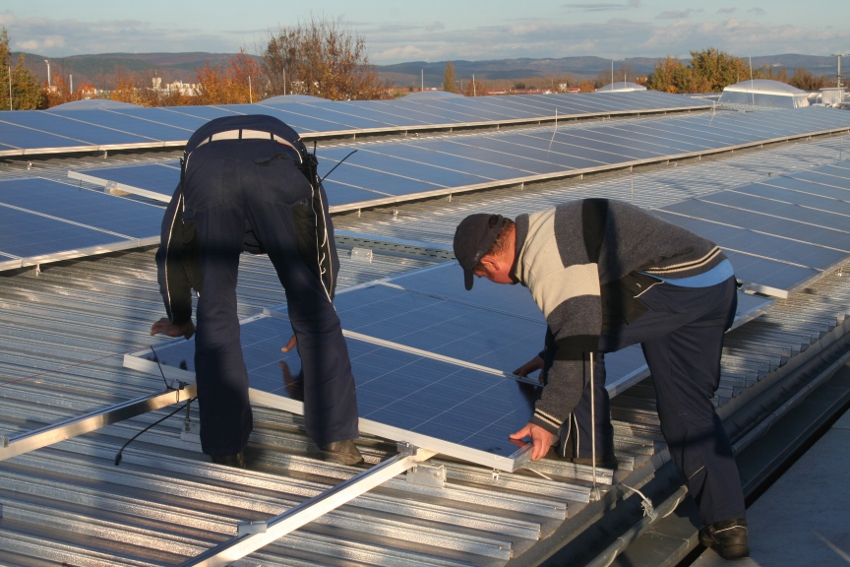 Despite a whopping 4,143MW of solar PV installed in the US in the third quarter of last year, Q4 2016 is expected to surpass that historic total, according to latest figures from GTM Research and the Solar Energy Industries Association (SEIA).

2016 is set to be a record year for solar on all counts; shattering all previous quarterly installation results.

“Coming off our largest quarter ever and with an extremely impressive pipeline ahead, it's safe to say the state of the solar industry here in America is strong,” said Tom Kimbis, SEIA's interim president. “The solar market now enjoys an economically-winning hand that pays off both financially and environmentally, and American taxpayers have noticed. With a 90% favourability rating and 209,000 plus jobs, the US solar industry has proven that when you combine smart policies with smart 21st century technology, consumers and businesses both benefit.”

With more than 1 million residential solar installations nationwide and record-breaking growth in the utility sector, the industry is projected to nearly double year-over-year.

Whilst the numbers are encouraging, the industry still faces challenges pertaining to improving efficiency and cutting manufacturing costs. Industry experts are expecting that lower production costs will come from the innovations around PV modules.

To this end, many module manufacturers have been finding new ways to develop solar panels. For example, Tesla’s solar rooftop tiles are Elon Musk’s answer to harnessing more of the sun’s energy; especially when paired with the new Tesla Powerwall 2 which will feature twice the storage capacity of the first Powerwall battery.

Canadian Solar, for its part, has sold all of its operating assets in Canada in order to “monetise solar plants in other countries”, according to CEO Shawn Qu.

Thin-film expert First Solar recently announced that it has been awarded the module supply contract for the 140MW solar farm in North Queensland, Australia. The project marks the largest solar initiative by the country and, once constructed, is set to utilise more than 1.16 million First Solar advanced thin-film PV modules to produce approximately 270,000MWh of energy in its first year of operation.

“Large-scale solar is fast becoming one of the most cost-effective sources of energy generation in Australia. This project represents the viability of the commercial and industrial solar market in Australia, and the growing trend of major energy consumers owning and operating renewable energy assets,” said Jack Curtis, First Solar's regional manager for Asia Pacific.