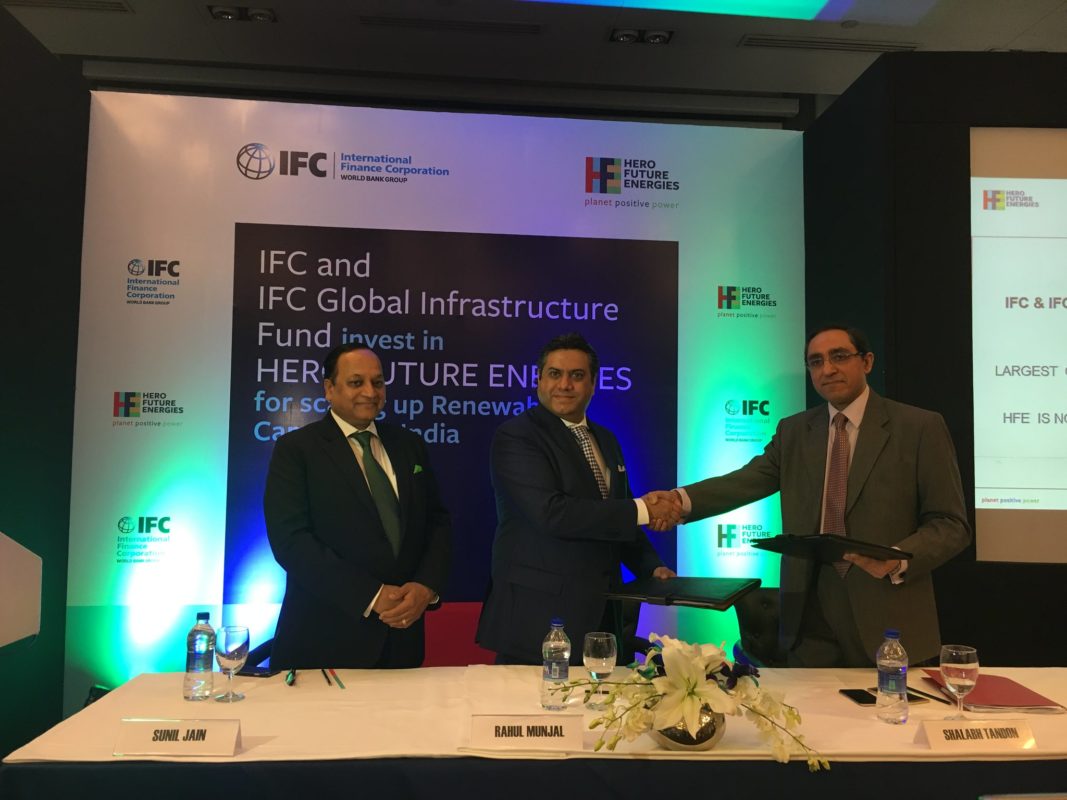 IFC, part of the World Bank Group, will invest US$125 million in Indian renewable energy firm Hero Future Energies, which is an arm of Hero Group.

The investment will help Hero set up 1GW of greenfield solar and wind plants in the next 12 months across India. It is also aimed at spurring private sector development in renewable energy.

Mengistu Alemayehu, regional director, IFC South Asia, said: “Such a development will boost confidence of other large business groups and international investors to contribute to India's ambitious renewable energy targets and make a significant difference in ramping up renewable-energy capacity in the country.”

Hero Future Energies currently has the ninth largest solar project pipeline out of all developers in India accounting for nearly 4%, according to Mercom capital Group’s latest quarterly India report. It also has a presence in twelve states in India with a capacity of over 360MW in solar, wind, and rooftop installations.

Sunil Jain, CEO, Hero Future Energies, said the partnership would help Hero tap into overseas markets and focus on energy storage and hybrid projects among other technologies. Hero will also focus on “aggressively” expanding its rooftop solar portfolio. The company's new goal is for 2.7GW of renewable energy capacity by 2020.

IFC’s portfolio companies have already set up more than 3GW of renewable energy projects in India and its advisory team is helping deliver the 750MW solar power project in Rewa, which is expected to be the largest single location PV plant in the world once complete.