IRENA estimates US$1.3tn GDP boost from doubling of renewables by 2030 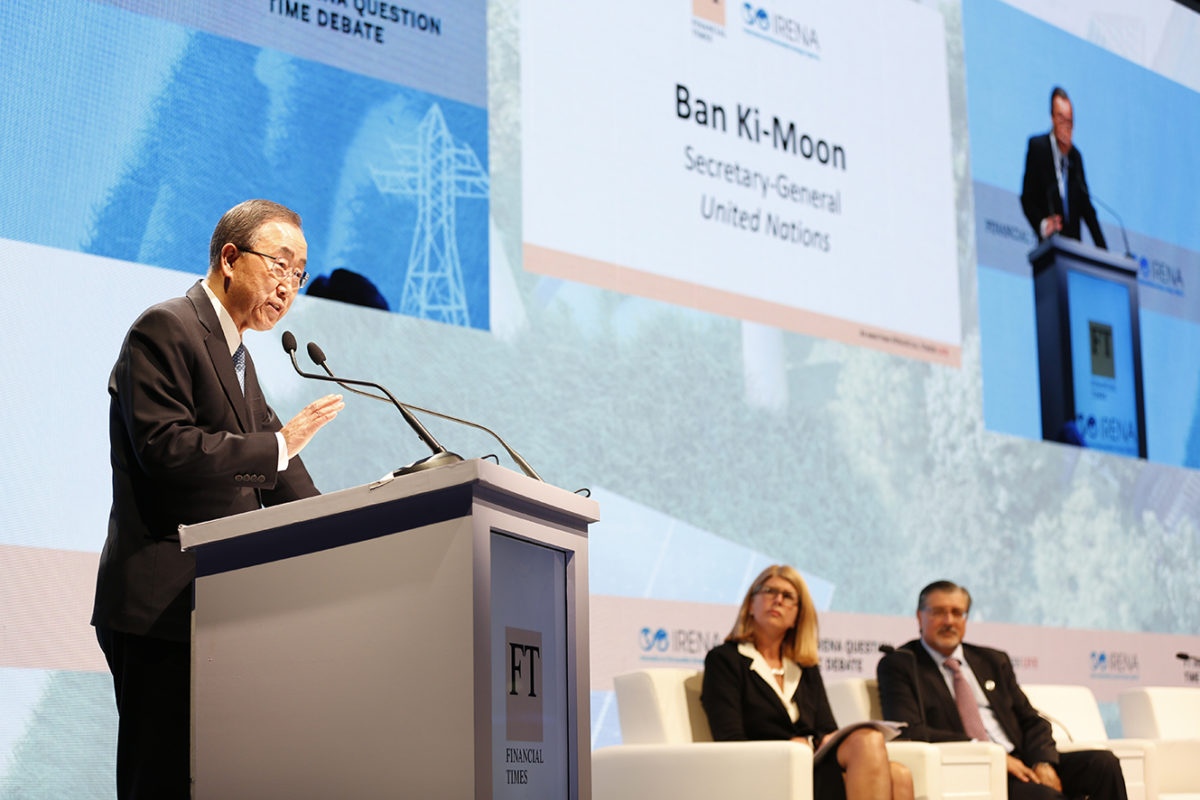 Doubling the share of renewable energy worldwide would boost global GDP and improve human welfare, according to analysis published on the eve of the World Future Energy Summit in Abu Dhabi.

A report by the International Renewable Energy Agency (IRENA) estimates that a scale-up up of renewables to 36% of the global energy mix by 2030 would lead to a US$1.3 trillion, 1.1% increase to GDP and a range of socioeconomic benefits including increased employment.

Previously, efforts to reduce carbon emissions had been painted by some as inevitably equating to a fall in living standards. But the IRENA report, said to be the first of its kind to provide a global estimate of the macroeconomic benefits of renewables, suggests otherwise.

The report also found that human welfare would improve. Using a combined measurement of welfare that includes factor such as health, education greenhouse gas emissions and employment, IRENA calculated that a 36% share of renewables would mean an overall 3.7% improvement across all of these metrics.

Employment in the renewable energy sector would also increase from 9.2 million global jobs today, to more than 24 million by 2030, the report said.

A transition towards greater shares of renewables in the global energy mix would also cause a shift in trade patterns, as it would more than halve global imports of coal and reduce oil and gas imports, benefiting large importers like Japan, India, Korea and the European Union. Fossil fuel exporting countries would also benefit from a diversified economy.

Over the weekend, ahead of the launch today of the WFES, IRENA held its sixth assembly, the first intergovernmental meeting since the COP21 climate talks in Paris in December. The organisation said the event provided an opportunity to build on the momentum from Paris and take “concrete steps” to accelerate the global energy transition.

“The energy transition makes social, economic and environmental sense and we have the needed renewable technology to provide cost-effective, reliable energy today,” said Amin. “We also now have a strong political signal and global commitment thanks to the Paris Agreement. Now, we must join hands to implement the policies and programmes that can drive investment, build capacity and strengthen international cooperation to further support the energy transition. That is what the Assembly will help achieve.”

In related news, IRENA yesterday announced loans worth US$46 million to help fund four renewable energy projects in Africa and the Caribbean. They are:

April 5, 2022
Solar, wind and energy storage will do much of the heavy lifting in decarbonising the energy sector, with fossil fuel assets left stranded, however time is running out to realise that shift and limit global warming.

25GW by 2025: How Lightsource bp is ‘building the machine’ to lead a global solar charge

April 4, 2022
In September 2021 Lightsource bp set itself the target of reaching financial close on 25GW of solar by the end of 2025. Liam Stoker spoke to the developer’s leadership team to discover how it is expanding into new markets, securing financing deals and assembling a workforce capable of reaching that target.