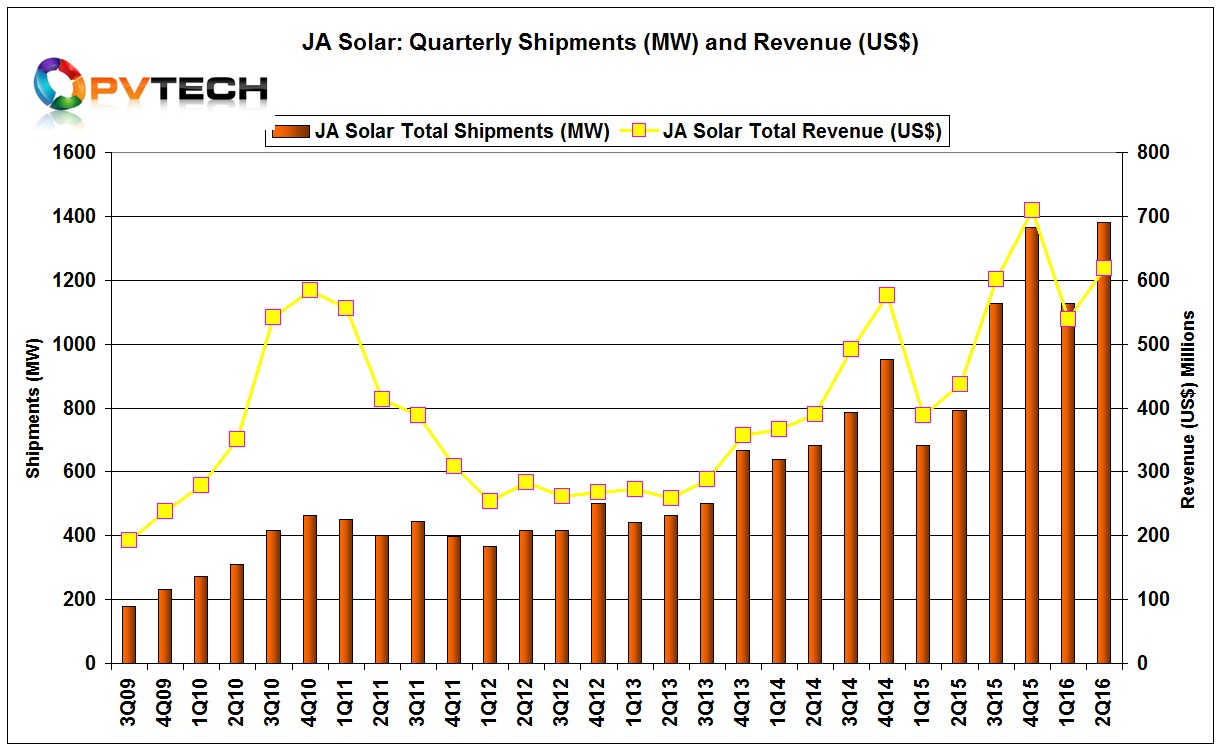 JA Solar reported shipments of cells and cell tolling reached 95.1MW, an increase of 29.6% over the prior year period but a 20% decline from the previous quarter as the company continues to reduce third party solar cell sales.

Baofang Jin, chairman and CEO of JA Solar, commented: “Second quarter results were in line with our expectations, with shipments and revenue growing over 50% year-over-year.  We are also encouraged by our downstream project development achievements as we successfully connected approximately 250MW of solar projects to the grid in the quarter.  As expected, China was our strongest market in the quarter, driven by accelerated activity ahead of subsidy reductions that occurred this summer.”

“While regulatory change should slow the domestic Chinese market in the second half of the year, we believe our balanced global footprint and flexible business model will allow us to adjust to evolving market conditions.  We are carefully controlling capital expenditures and staffing, and selling effort is focused on more robust markets outside of China.  Our project business provides flexibility in our business model, since we can accelerate or slow down activity in order to balance demand for our modules,” added Jin.