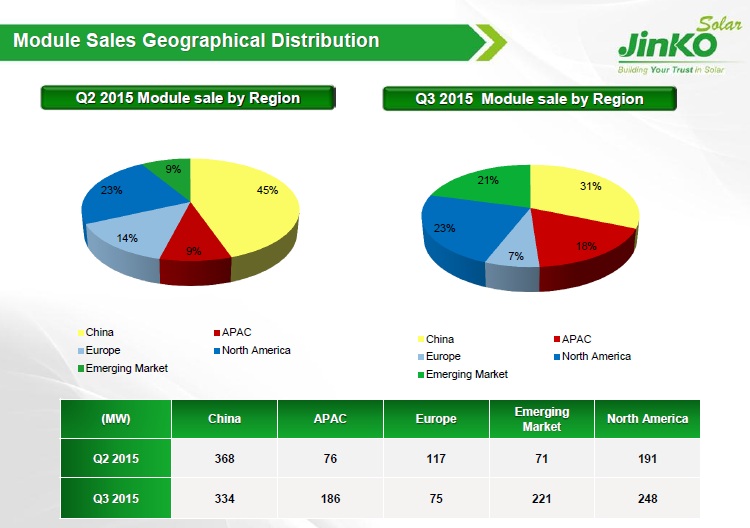 ‘Silicon Module Super League’ (SMSL) member JinkoSolar has reported record shipments in the third quarter of 2015, while guiding fourth quarter shipments of between 1.4GW to 1.7GW.

The company has shipped a total of 2,640MW of solar modules in the first nine months of 2015.

On a geographical basis, JinkoSolar’s largest markets for modules were China (334MW) and North America (248MW), compared to 368MW and 191MW respectively in the prior quarter.

Kangping Chen, JinkoSolar's Chief Executive Officer said, “Earlier this year, we made strategic plans for a surge in global demand during the second half year by pre-emptively increasing inventory levels. This strategy is now paying off as it provides us with flexibility to balance between shipments to third-party customers and our downstream business as well as good visibility on next year's orders.”

A total of 121MW of projects were connected to the grid during the third quarter of 2015. 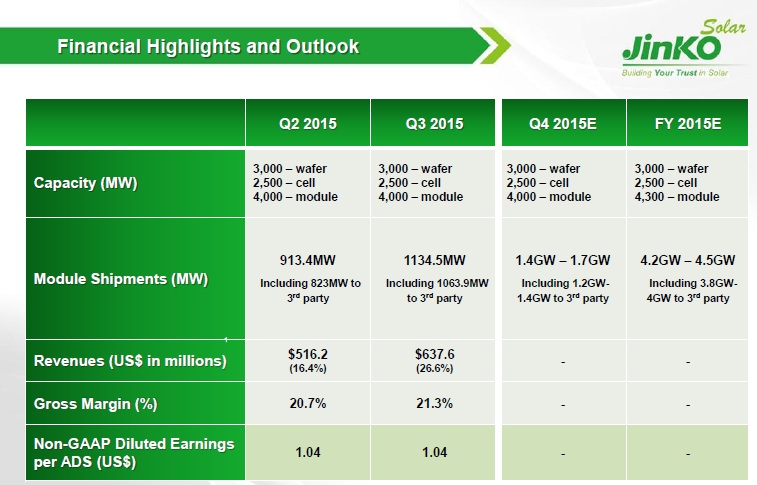 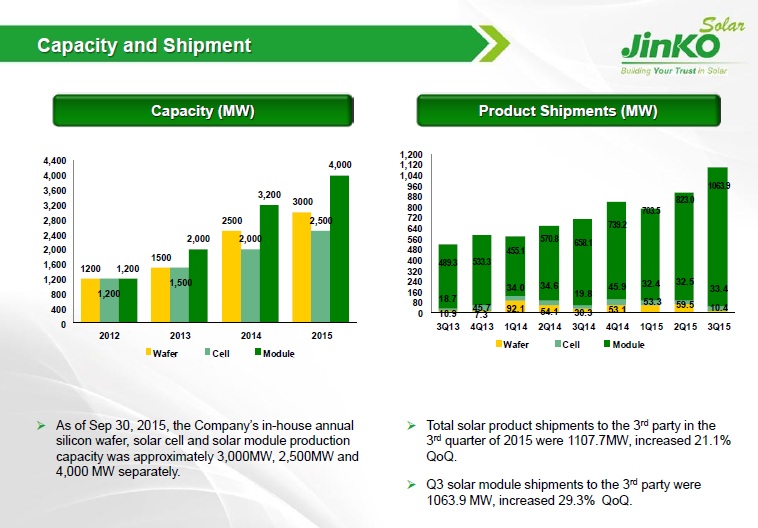