JinkoSolar reiterates 11.5GW to 12GW of module shipments in 2018

The SMSL said in reporting first quarter 2018 financial results that it still expected PV module shipments to be in the range of 11.5GW to 12GW for 2018, after reporting record 2017 shipments of 9.8GW. Supporting its shipment guidance, JinkoSolar tweaked its capacity expansion plans higher for both ingot/wafer and modules and noted that 80% of its order book had already been filled at the end of the first quarter of 2018. 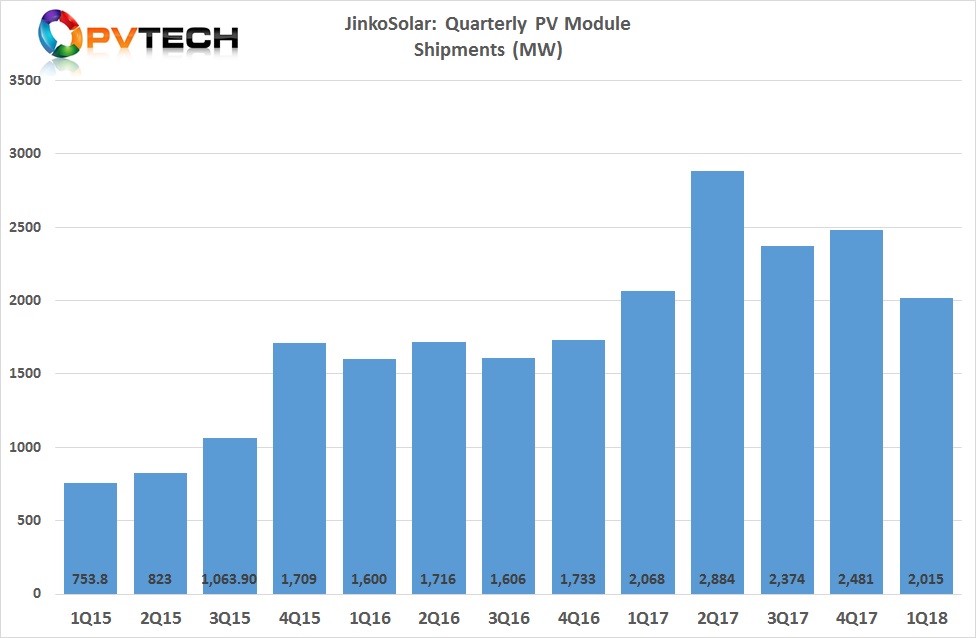 Kangping Chen, JinkoSolar's Chief Executive Officer commented, “We shipped 2,015MW of solar modules during the quarter and generated total revenues of $728.1 million. Our gross margin increased to 14.4%, compared with 11.6% last quarter as we benefit from the drop in polysilicon prices and the further optimization of our manufacturing costs as a result of continued technological improvement and reduced OEM usage.”

“The new policies regulating the solar industry jointly issued by three Chinese ministries on May 31, affected market sentiment and our ASPs. These new policies are aimed at increasing the pace of achieving grid parity, accelerating the removal of outdated capacity and releasing the pressure of new energy fund deficits. As a result, we expect to see a decline in prices across our industrial supply chain which will allow us to further cut both silicon and non-silicon costs during the second half of the year to offset the decline in the ASPs. Despite the strong initial reaction to the new policies, we remain optimistic about the demand of the Chinese market for the full year 2018, which is expected to hit 35G+. Looking into 2019, aside from the Top Runner Program, poverty alleviation and DG projects, we expect to see a large number of grid parity projects under new business models appear in the second of half of 2019.”

“We already have great visibility for the full year 2018 with over 80% of our order book already filled, which is mostly made up of overseas orders with fixed prices throughout the year, and we have already received a number of prepayments. Our production capacity is fully utilized now and is expected to remain so during the second half of the year. We believe the Chinese government's new policies to have relatively limited impact on our operations over the short term, and we remain confident in our future business prospects and the long-term growth of the industry overall,” added Chen.

The SMSL noted that overseas orders are expected to account for around 80% of overall module shipments in 2018, as part of its continued expansion of its global sales footprint, already the largest in the industry.

Notable demand growth expectations were said to be in Southern European markets such as Spain, Portugal and Italy, driven by grid-parity business models, as well as booming demand in new emerging markets such as Latin America, the Middle East and North Africa. The company also expects demand in India to rebound strongly on the back of module ASP erosion during the year. 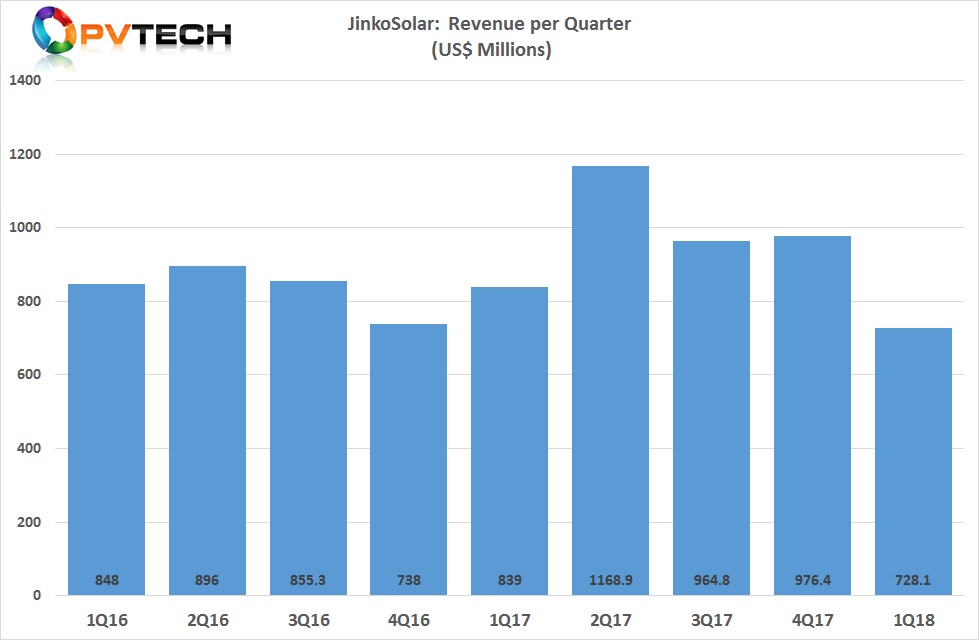 JinkoSolar reported a gross profit of US$104.6 million, compared with US$113.0 million in the fourth quarter of 2017. The sequential decline was said to be mainly attributable to a decrease in the shipment of solar modules in the first quarter of 2018.

The SMSL said that in-house annual silicon wafer, solar cell and solar module production capacity was 9.0 GW, 5.0 GW and 9.0 GW, respectively at the end of the first quarter of 2018.

However, the company noted that wafer capacity would reach 9.7GW in 2018, up slightly from previous guidance of reaching 9.5GW. 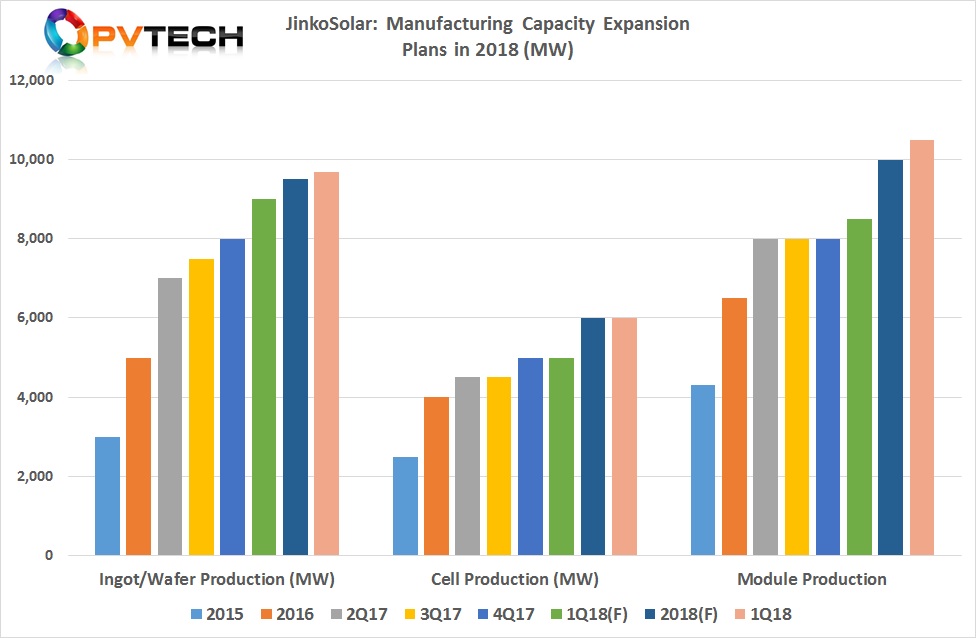 JinkoSolar said that it expected PV module shipments in the second quarter of 2018 to be in the range of 2.4GW to 2.5GW. Shipments had reached a record 2.88GW in the prior year quarter.