JinkoSolar signs PPAs for 188MW of PV in Mexico 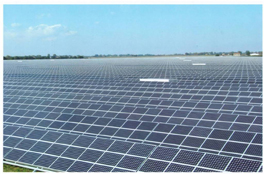 It signed the PPA for three projects with a combined capacity of 188MWac with Mexico's Federal Electricity Commission (CFE), having been awarded the projects in April 2016 under the Mexico's First Long Term Electricity Auction.

JinkoSolar will start generating electricity in mid-2018 will all the electricity to be sold to CFE for a 15-year period and the related Clean Energy Certificates (CELs) for 20 years.

In June, UK-based PV firm Solarcentury said it will develop 170MW worth of this solar capacity in Mexico on behalf of JinkoSolar.

Xiande Li, chairman of JinkoSolar, said: “I'm pleased to have completed these PPAs after having been awarded our first large-scale overseas projects in Mexico. Solar is becoming increasingly competitive in an ever expanding number of countries and regions. Mexico is an attractive market for solar power and is showing great potential which we intend to take advantage of.”

A second auction in Mexico is planned for September.