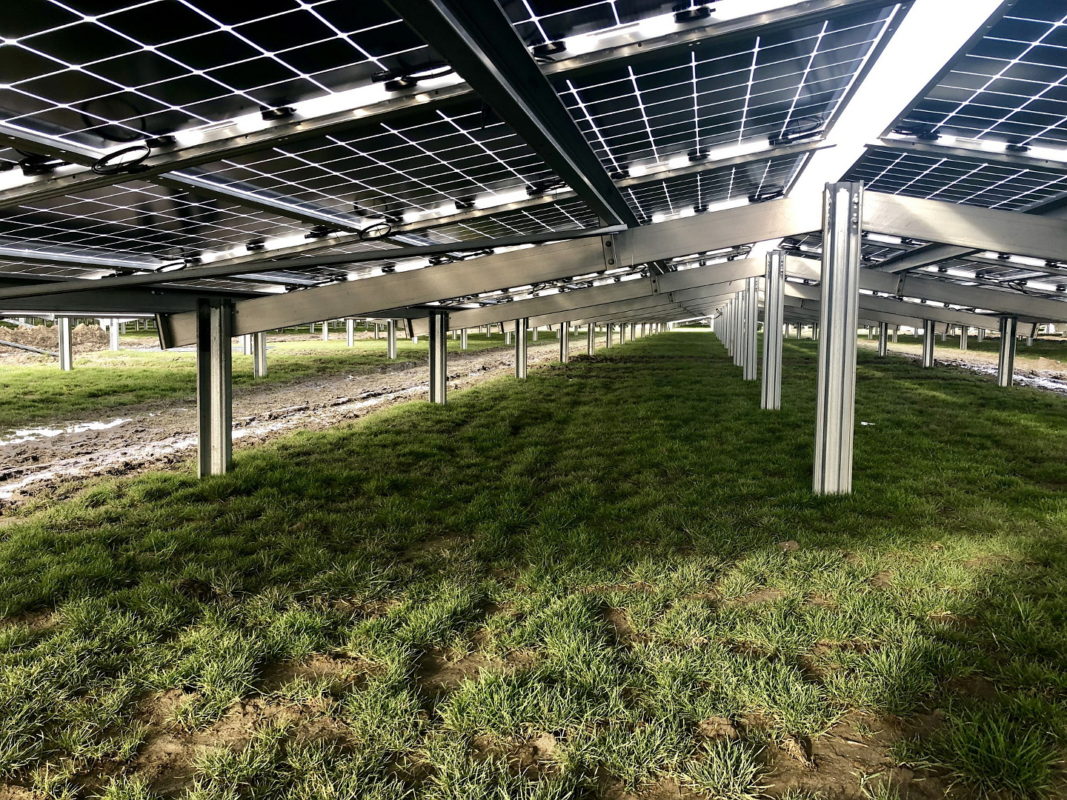 PV module and major backsheet manufacturer, Jolywood (Suzhou) Sunwatt Co, reported a strong rebound in revenue and profits in the second quarter of 2019, with first half year results tempered by a weak first quarter. 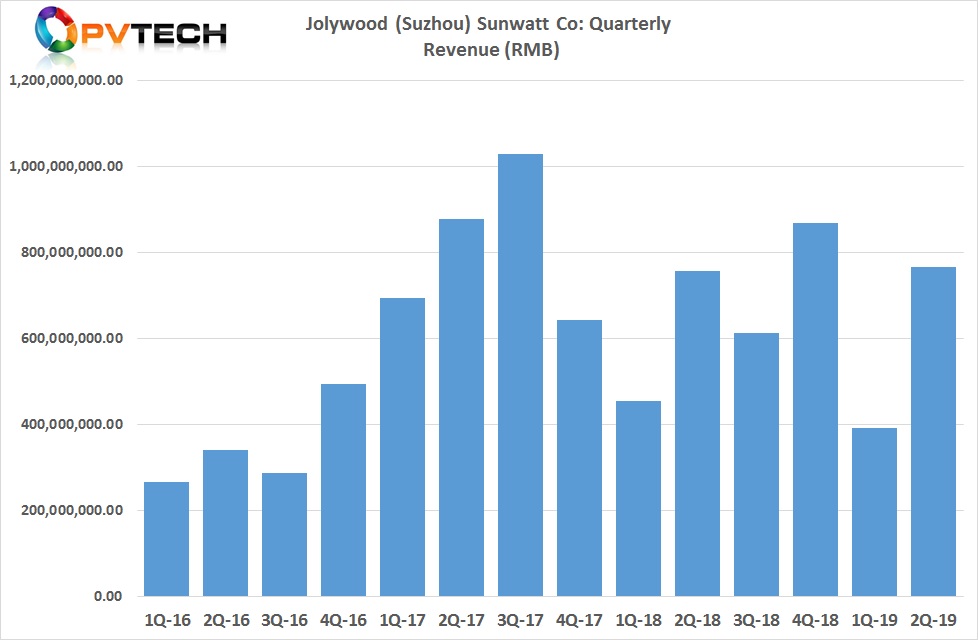 Backsheet product revenue in the first half of 2019, reached RMB 598.6 million (US$87 million), up from RMB 438.7 million in the prior year period. New product sales such as transparent backsheet for bifacial PV modules and overall increased demand from a stable customer base, contributed to the revenue rebound from the first quarter of 2019.

High-efficiency n-Type cells and module revenue in the reporting period topped RMB 537 million (US$78 million), up from RMB 376.6 million in the first half of 2018. The increase was primarily due to higher production levels as new lines ramped, primarily for its TOPcon cells. Total monocrystalline cell shipments totalled 291.5MW in the reporting period. The company also added several new customers in the period, which included Jinko Energy and Sharp.

At SNEC 2019, the company and Shanghai Electric signed a 320MW n-Type high-efficiency module supply agreement for projects in Dubai, which are expected to be delivered in the second half of 2020 and early 2022. Jolywood also secured a deal to supply Marubeni Corporation in Oman with 125MW of modules. 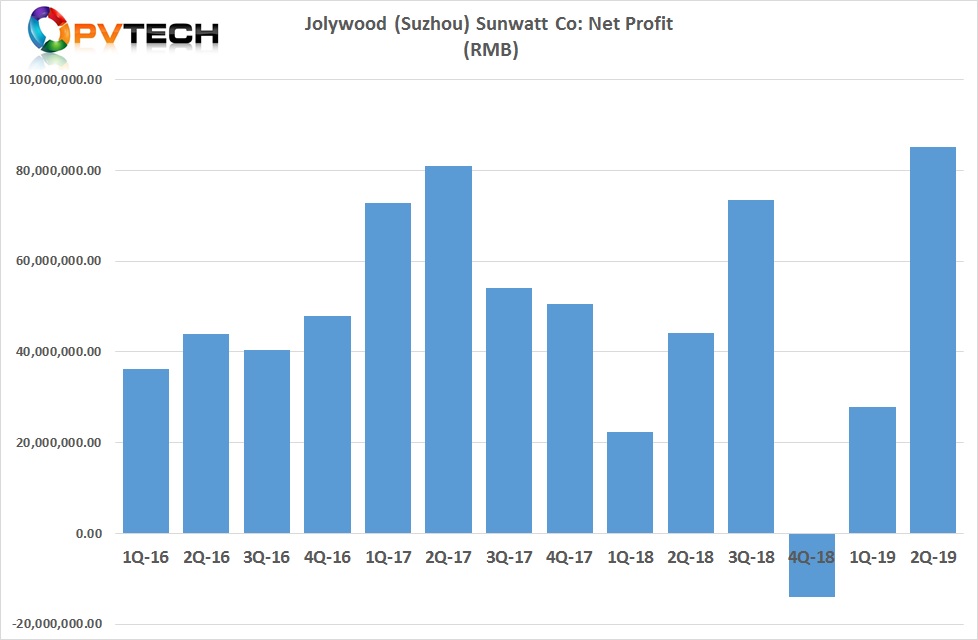 The company said that operating and R&D costs were lower in the reporting period, while accounts receivables increased by 12.4%. 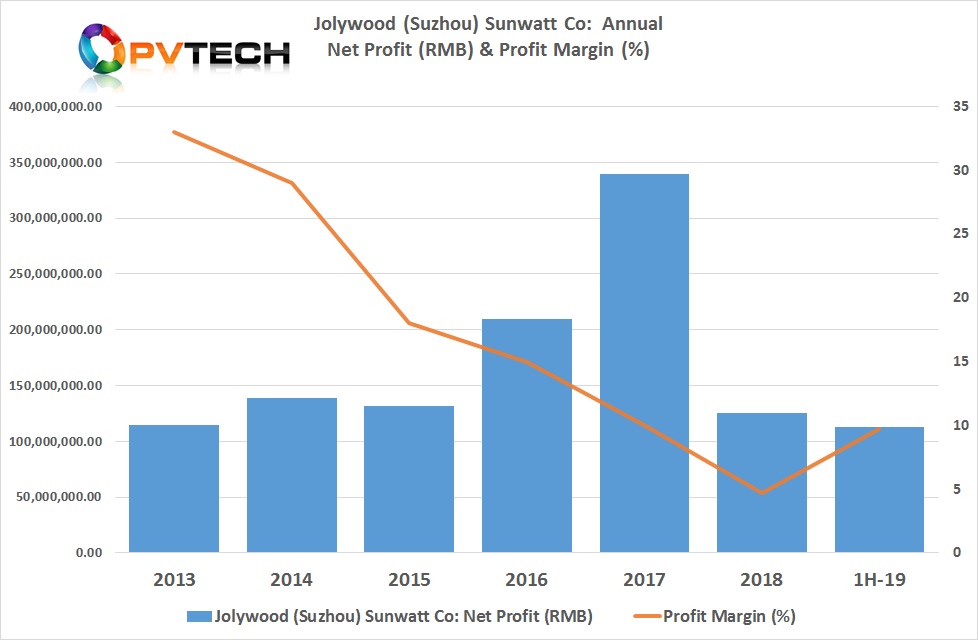 The company publicly issued a convertible corporate bond in the first half of 2019 to raise funds for the company's planned annual production output of 1.5GW of n-type mono TOPCON bifacial cells.

The company has launched TOPCon modules with 7 busbar, high-efficiency half-cut cells with power outputs of 440Wp and above. TOPcon cell conversion efficiencies had reached 23.36% in the reporting period.

July 22, 2021
Ahead of next week's webinar on the launch of LONGi's Hi-MO N, hosted by PV Tech, we explore the benefits of LONGi's first n-type module to be mass produced. 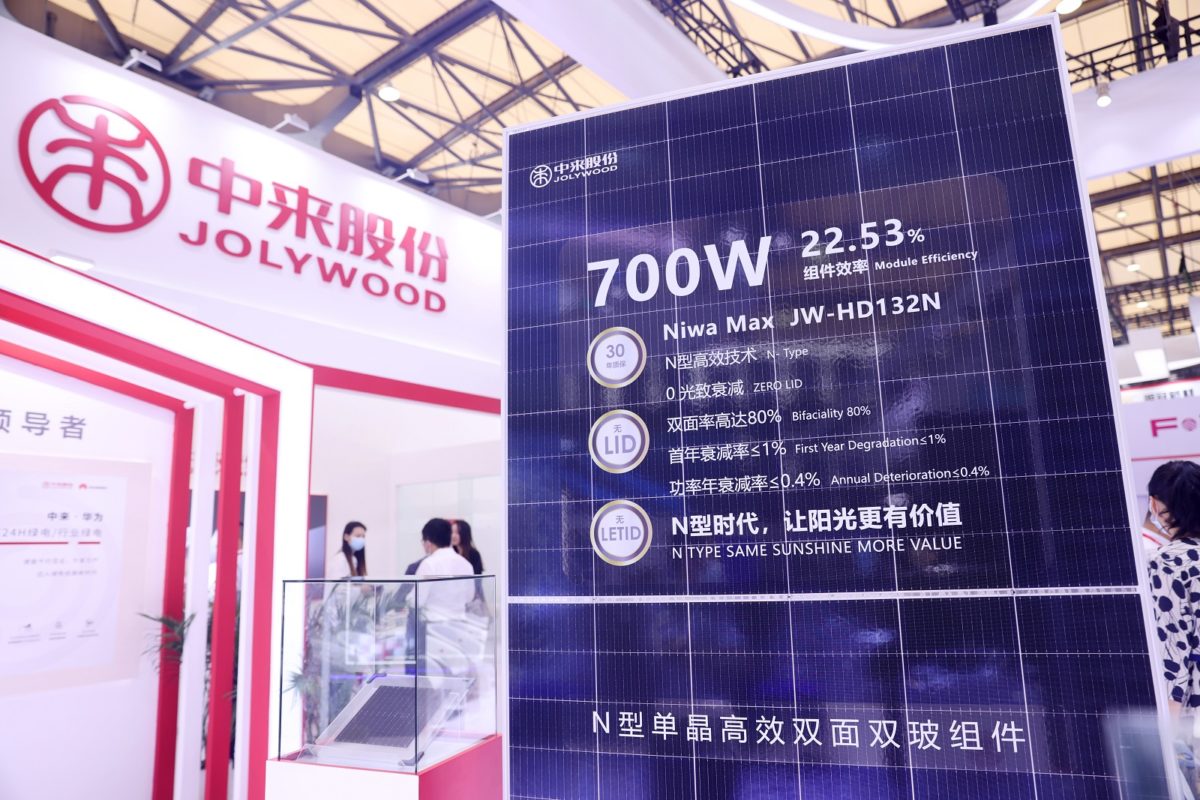 June 17, 2021
In the latest in a series of articles on next generation solar technologies published by PV Tech, Carrie Xiao reports on how the market for n-type technologies including TOPCon and heterojunction is building a head of steam.