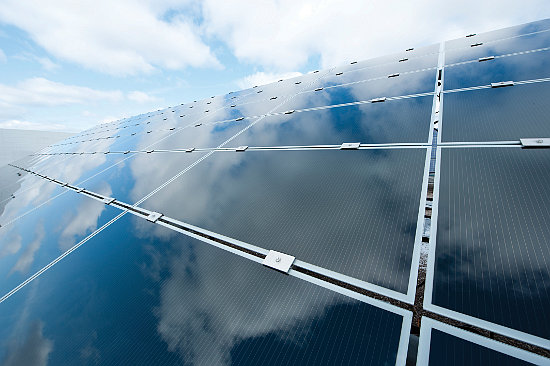 As detailed at its annual analyst day event, First Solar is shifting emphasis back to module sales as part of a mid-term business plan that takes advantage of its restored cost per-watt advantage and two new module products to be introduced in the coming years that further its competitive position.

The intention is to increase module sales on a far broader international base, such as India, Japan, South East Asia and Latin America, while being less concentrated on PV power plant construction, notably in the US.

Accompanying the release of first quarter 2016 financial results, First Solar said that its current CEO, James A. Hughes would step down and current CFO, Mark R. Widmar would become the new CEO.

“Leadership succession planning has been a joint effort between Jim and the board,” said Michael J. Ahearn, First Solar's chairman of the board. “As we enter a new phase of growth and development for the company, we believe that Mark's proven leadership and expertise make this an ideal time for him to take the helm. Under Jim's astute guidance, First Solar achieved the strongest technology position in our history, with record bookings of new business and unparalleled financial strength in the industry. We are grateful for Jim's many contributions to First Solar, and we look forward to benefiting from his continued involvement as an advisor and director.”

First Solar reported first quarter 2016 sales of US$848 million, a decrease of US$94 million (US$942 million) from the fourth quarter of 2015. The company said that the sales decline was due to the timing of systems revenue recognition across multiple projects, partially offset by higher revenue from the Desert Stateline project. In addition, net sales from module plus offerings decreased versus the prior quarter.

Gross margin for the quarter was 31% compared to 24.6% in the fourth quarter of 2014, driven by a higher mix of Desert Stateline revenue and significant system cost improvements, according to the company. Component segment gross margin exceeded 28% in the quarter, benefited from a lower module cost per-watt.

First Solar noted that it ran its 30 production lines at 100% utilisation rates in the first quarter, the second sequential quarter this has been achieved in recent years, enabling the company to produce 774MW in the quarter, up from 761.2MW in the prior quarter.

The company reported Q1 fleet average module conversion efficiencies increased slightly to 16.2%, while its lead line efficiencies remained static from the previous quarter at 16.2%. As detailed in previously at its analyst day event, First Solar is not planning on further manufacturing efficiency boost until later in the year. Instead the focus is on meeting shipment guidance of 2.9GW to 3GW.

First Solar reiterated that it was targeting a lead line efficiency of 17% by the end of 2016 and fleet efficiencies of 16.7%.

Capital expenditures were US$52 million first quarter, up from US$27 million in the prior quarter, while capex in 2016 remained unchanged at US$300 million to US$400 million.

However, the company noted that around US$130 million of planned capex in 2016 would be allocated to the launch of its Series 5 product, which primarily relates to assembly based equipment.