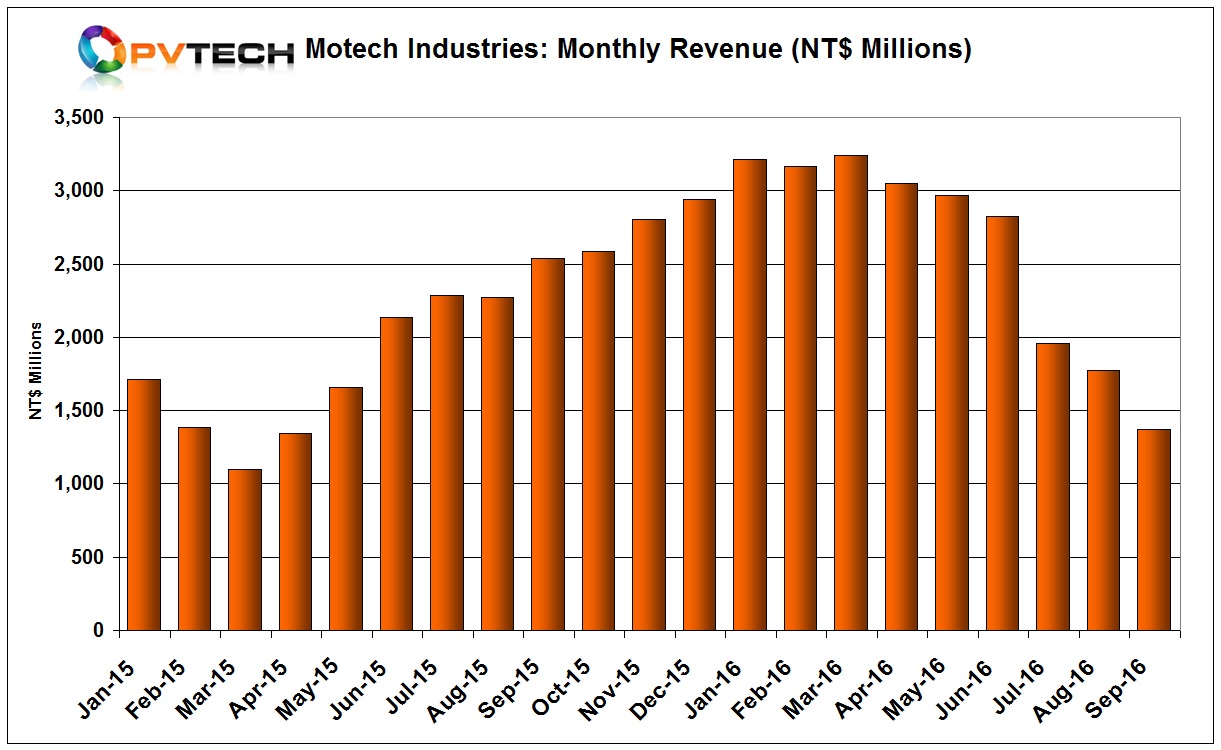 Taiwan-based solar cell and wafer producers are being impacted by a major slowdown in PV project development in China that has driven a rapidly developing period of overcapacity, resulting in steep ASP declines hitting monthly revenue figures.