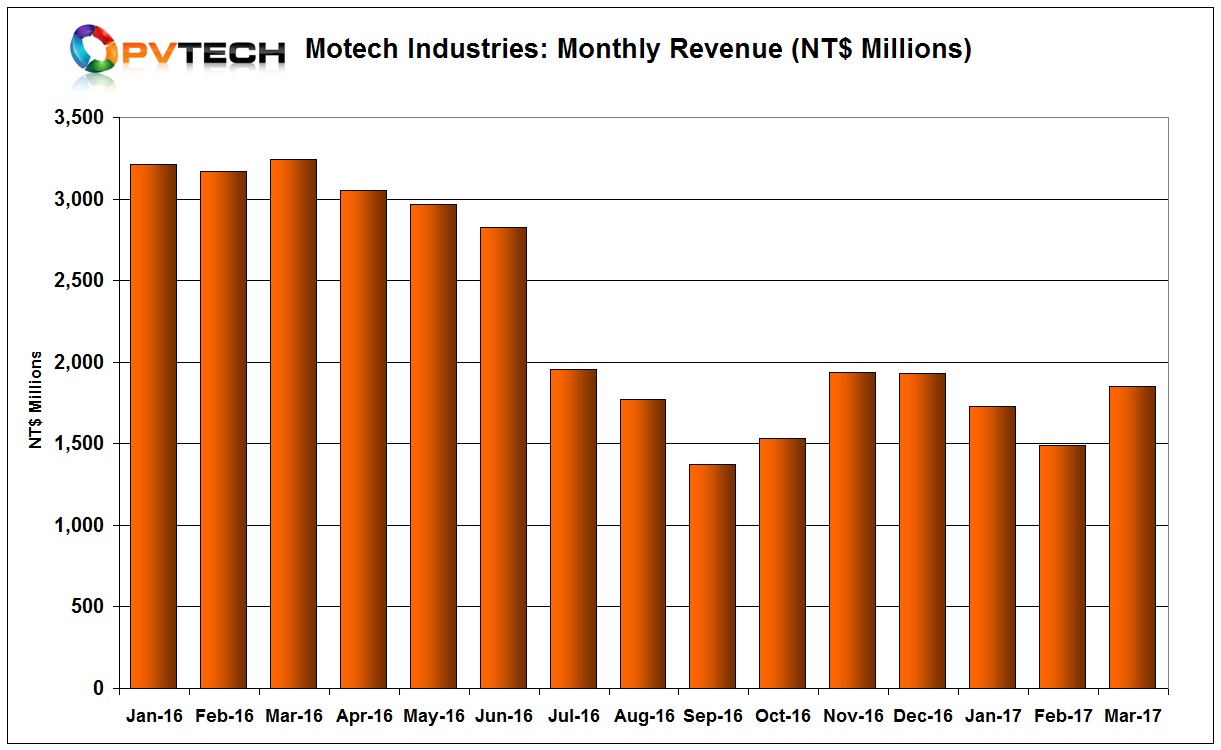 Unaudited first quarter sales were approximately NT$5,069 million (US$165.4 million), a 47.3% decline from the prior year period.

Many key PV manufacturers in Taiwan are still reporting monthly sales well below the levels set in the first half of 2016, due primarily to softer than expected demand from China as the boom to build PV power plants ahead of mid-year FiT cuts has yet to take hold.

Motech’s sales rebound in March is an indication that demand momentum is improving in China.