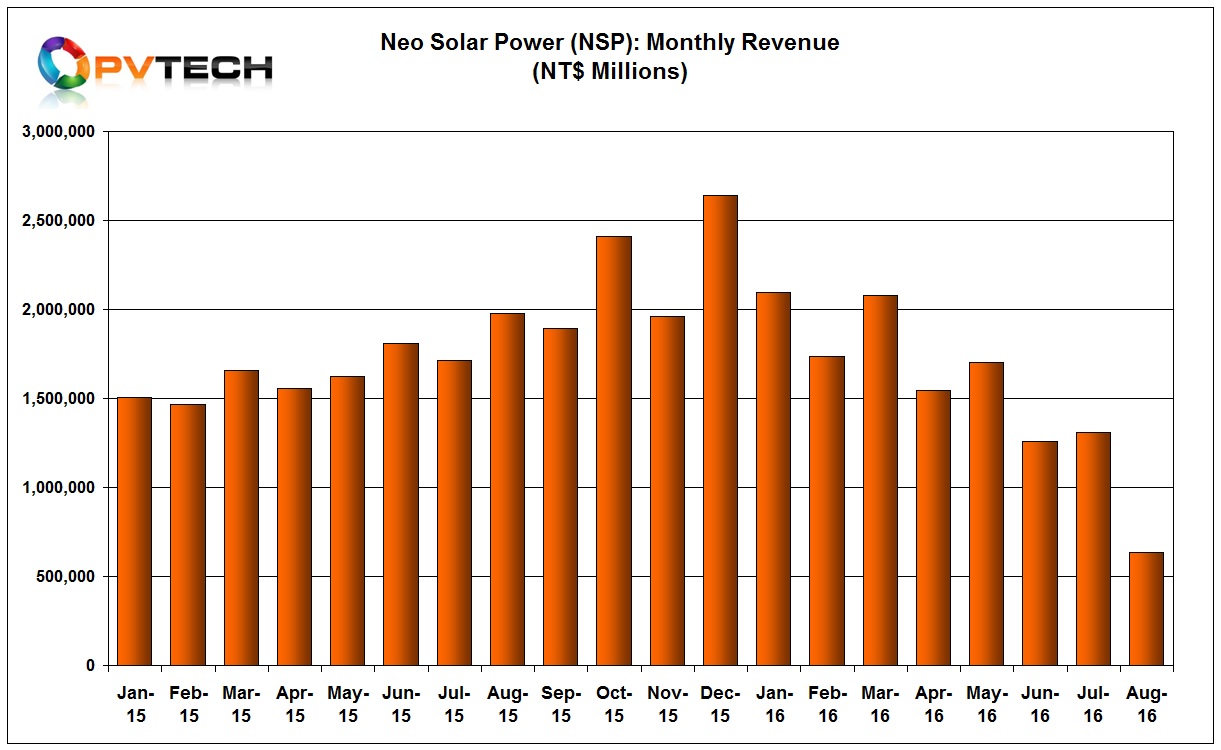 Sales had declined 26.11% in June from May, primarily due to reduced shipment volume as the company started relocating solar cell and module production equipment to a new facility in Vietnam.