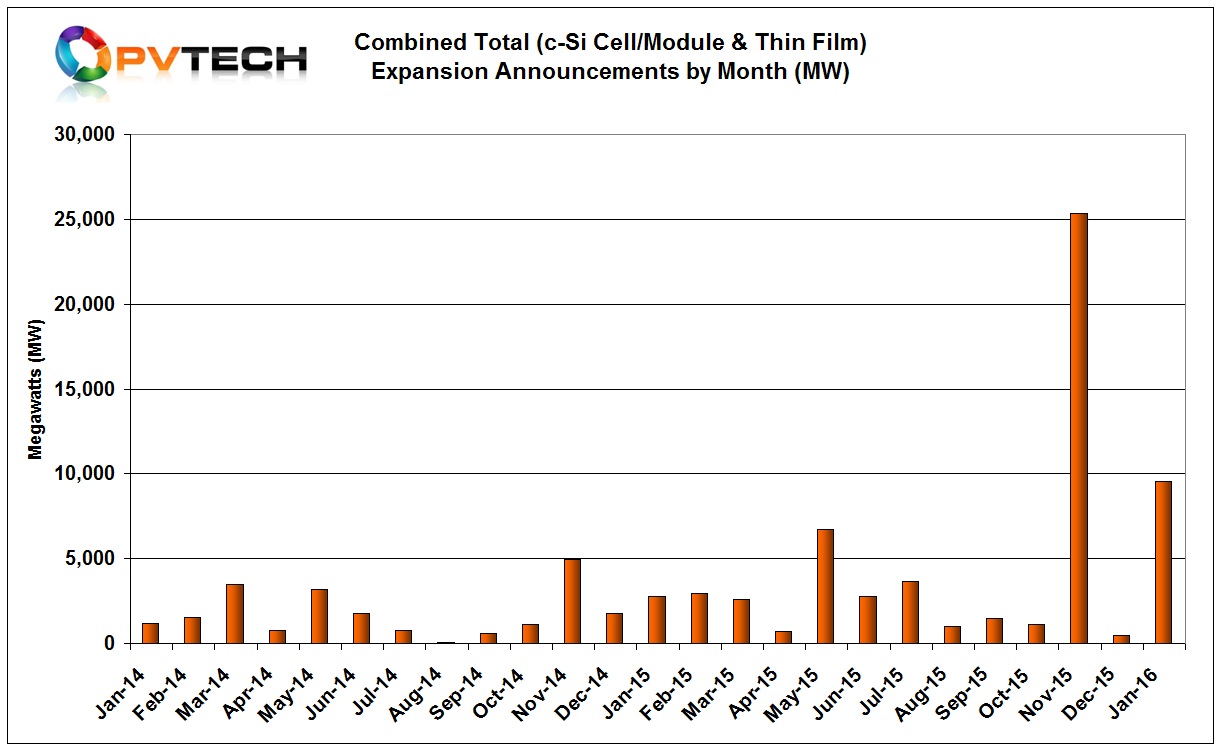 The record was set in November, 2015 when over 25GW of new announcements were made after PV Tech’s recent reappraisal raised the figure from initially over 19GW. 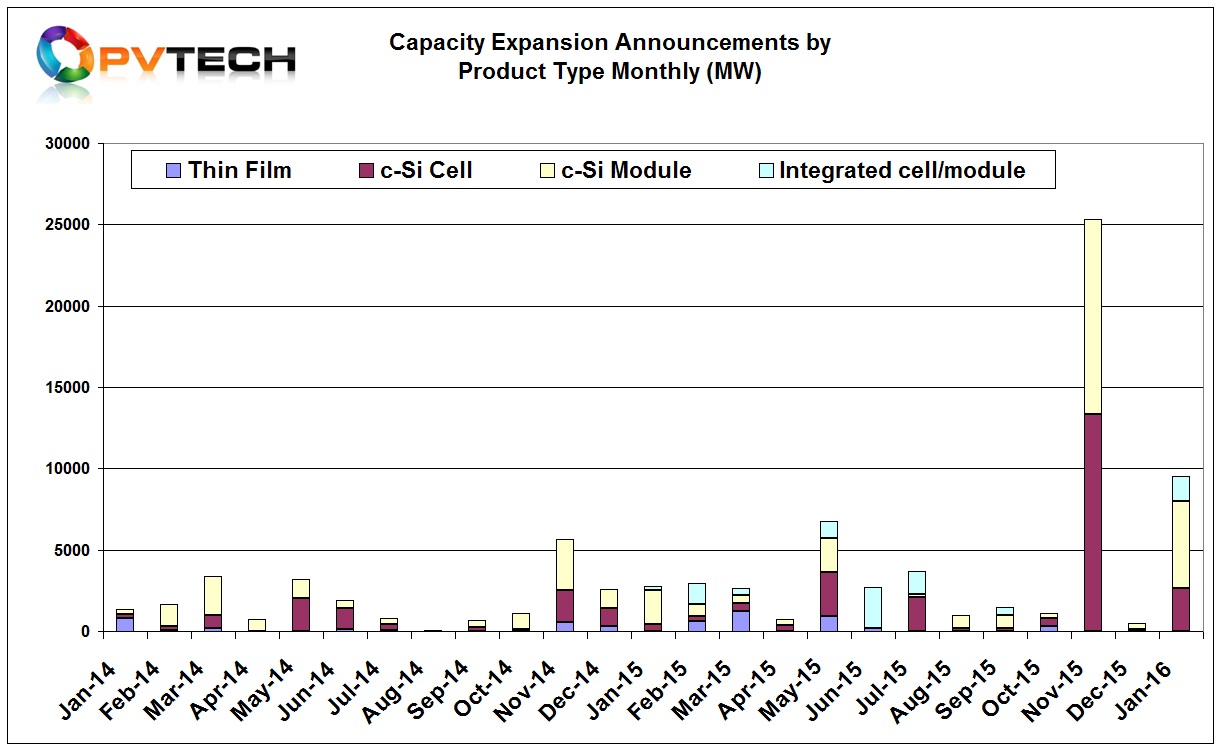 Around 2.76GW of dedicated c-Si solar cell announcements were made in January, notable with LG Electronics announcing it would expand N-type monocrystalline cell production from 1GW to 3GW by 2020 with capital expenditure of US$435 million.

LG also noted that it would add six cell production lines to its existing eight lines in a phased expansion, taking capacity to 1.8GW by 2018 and reaching 3GW by 2020.

The companies announced a MoU with the Andhra Pradesh government to invest US$2 billion in developing 5GW of module assembly capacity by 2020 in the Indian state.

Also was the plans announced by Al-Afandi Group to build an integrated c-Si Solar cell and module plant in Saudi Arabia with an initial 120MW capacity and ambitions to expand in phases to 1GW over an undetermined time.

On a geographical basis, January continued the trend set in 2015 for capacity expansions outside China and the broadening of the PV manufacturing footprint around the world.

Out of the nine main announcements of new capacity in January, only one was located in China, while plans included India, Malaysia, South Korea, Taiwan, Saudi Arabia and Italy.

Based on a preliminary analysis, conversion to effective capacity from announcements in January could be around 1GW by the end of 2016.

25 April 2022
PV CellTech will be held in Europe for the first time! Join us in Berlin to explore the industry transition to n-type mass production. The event concentrates on presentations only; these forming an almost overload of pertinent facts and details to help anyone looking at forming their internal roadmaps for the next few years regarding PV technology trends.
c-si manufacturing, pv celltech, pv modules, solar cell