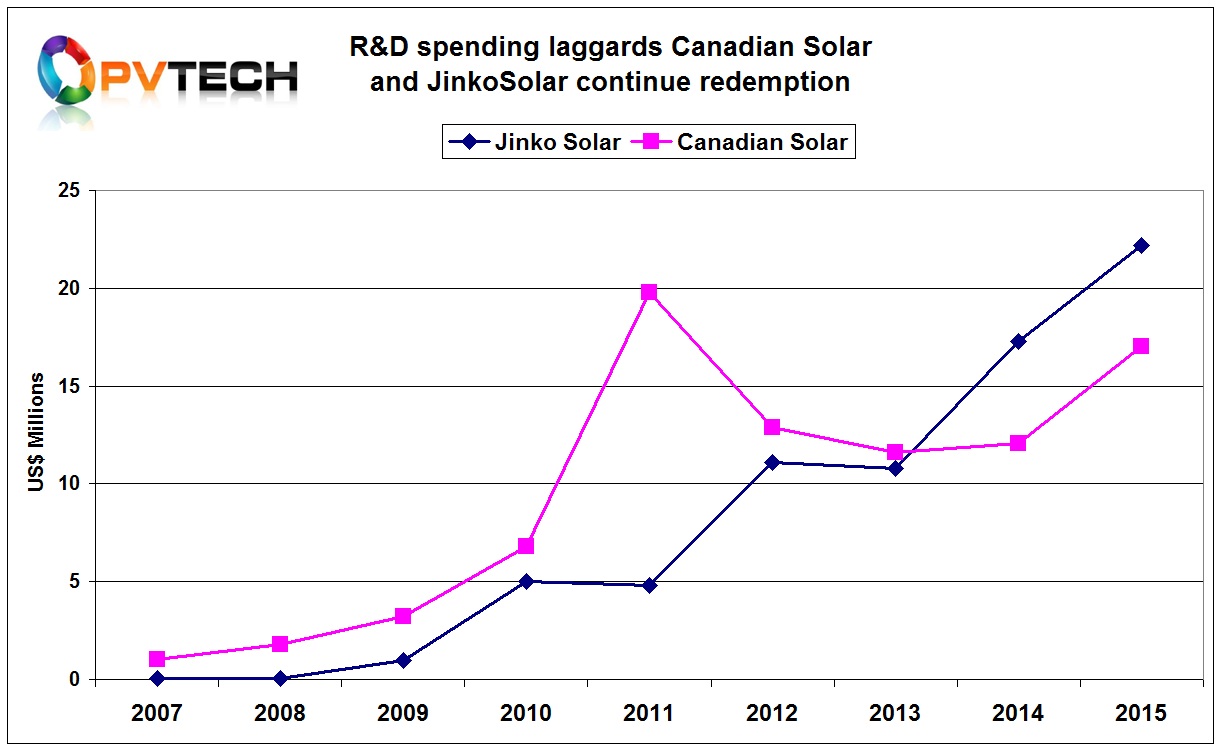 JinkoSolar had long been the perennial R&D spending laggard but in 2014 the company increased spending by 60% to US$17.3 million, climbing two ranking positions and also new record for the company.

In 2015, JinkoSolar increased R&D spending a further 28% to around US$22.2 million, another record and crossed the US$20 million barrier that previously (2014) had been occupied by 5 of the 12 companies covered in the analysis since 2007.

However, despite the upward R&D expenditure trend, which had accompanied an increase in the number of employees within its R&D team from 125 in 2013 to 160 in 2014, JinkoSolar reported in its 2015 annual report that its R&D team consisted of 123 employees at year-end.

The other R&D spending laggard, Canadian Solar also increased expenditure in 2015 by around 41% to 17.05 million, compared to US$12.05 million in the previous year, but remained within the US$20 million barrier and spending remains below the peak of US$19.8 million set in 2011.

R&D spending by Canadian Solar as a percentage of revenue in 2015 stood at 0.5%.