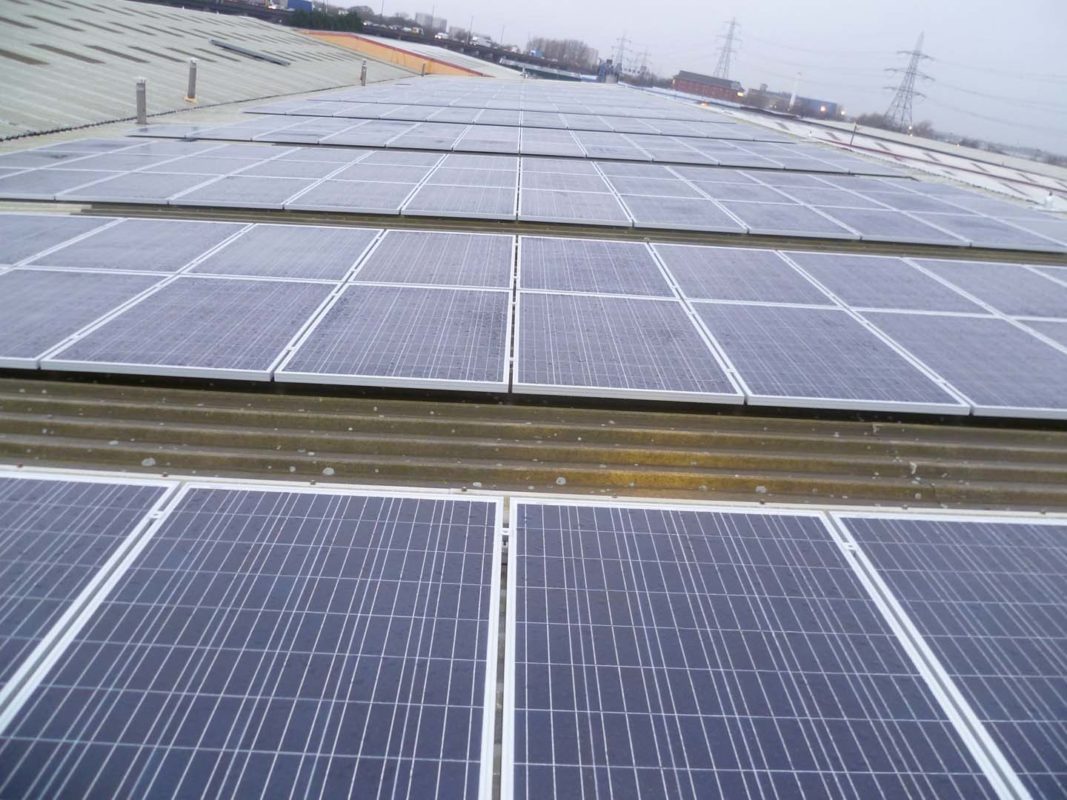 ReneSola reported fourth quarter revenue of US$232.1 million, which was in line with its previous guidance range of US$220 million to US$240 million and around 24% higher than the slump in demand experienced in the previous quarter, due to the slowdown in China demand.

Module shipments to India accounted for 6% of the total, compared to 21% in the previous quarter. Module ASP in the fourth quarter was claimed to be US$0.44/W.

Gross margin slumped to only 2.1%, compared to 10.1% in the previous quarter and 16.0% in the prior year period. The company had previously guided gross margin in the high-single digits. ASP declines across the industry, due to weak second half demand and overcapacity fears were behind the margin declines. 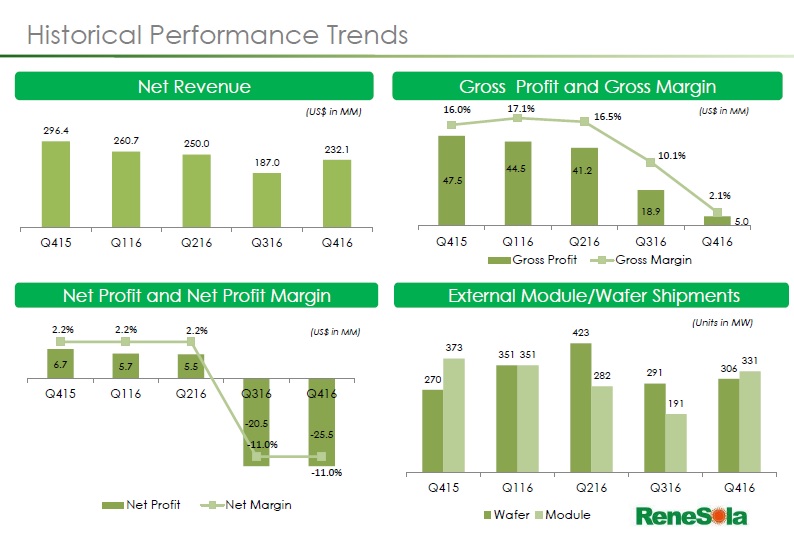 Xianshou Li, ReneSola's Chief Executive Officer, commented, “Overall business conditions in the quarter were mixed, with solid execution in downstream project sales, strong top-line sequential growth in LED distribution business and in-line revenue performance, offset by lower-than-expected gross margin. While the overall market environment was challenging in 2016, we have been executing our strategy to shift our business focus from manufacturing business to downstream project development business since the second half of 2015.”

ReneSola recognized revenue from six utility-scale projects (26MW) in the United Kingdom that were sold in the fourth quarter of 2016. Additionally, the company sold rooftop projects of 2MW in China's domestic distributed generation market in the quarter.

ReneSola reported full-year 2016 revenue to US$929.8 million, down from US$1.28 billion in 2015 as the company changes its business model and focuses on the downstream business.