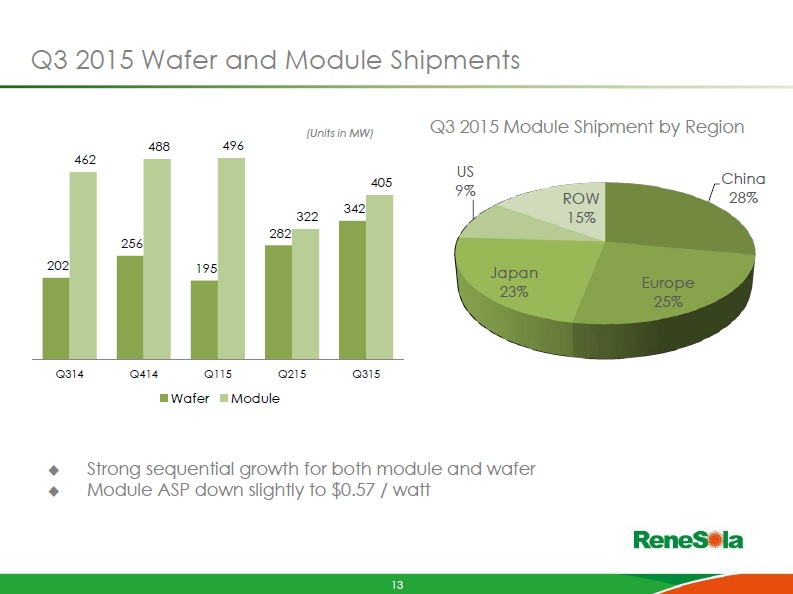 PV module manufacturer and PV project developer ReneSola reported a rebound in shipments and sales in the third quarter of 2014, but shipment levels are unlikely to match nameplate capacity levels.

ReneSola reported third quarter PV module shipments of 405.5MW, up 25.9% from the previous quarter, while solar wafer shipments also increased 21.3% to 341.6MW, said to be due to taking advantage of wafer market conditions of rising ASPs and tight supply.

ReneSola has shipped 1,223.9MW of PV module shipments in the first nine months of 2015 and when taking quarterly run rates and inventory levels into consideration the company could potentially ship in a range of 1.7GW to 1.85GW for the full year.

To reinforce the company’s reduced shipments potential for the full-year, management noted its earnings call that it would be holding a higher level of module produced in the fourth quarter to be used later in PV power plant projects planned in 2016.

Xianshou Li, ReneSola's Chief Executive Officer said, “Our strategic shift to project development, which we initiated approximately two years ago, is already starting to show results. Revenue surged sequentially as we monetized our projects in the UK and Japan, resulting in higher gross profit, operating income and earnings per ADS.”

Li continued, “We are making an intense effort to build a portfolio of high-quality projects in attractive jurisdictions. Our early success in the UK is indicative of what we can achieve around the world. We are focused on developing projects especially distributed generation projects in Europe, North America and Japan, that should yield attractive returns in the coming year.” 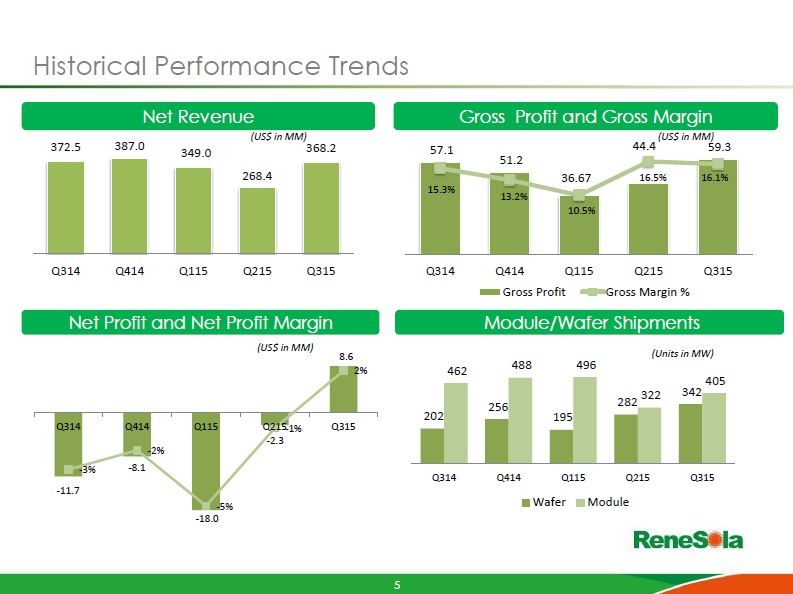 Gross profit in the third quarter was US$59.3 million was up 33.6% from the previous quarter, while gross margin expanded to 16.1% when compared to the third quarter of 2014, but was down slightly sequentially.

The company said that it had 515MW of projects in various stages of development in the US, UK, Japan, France, Thailand, Poland and Canada. 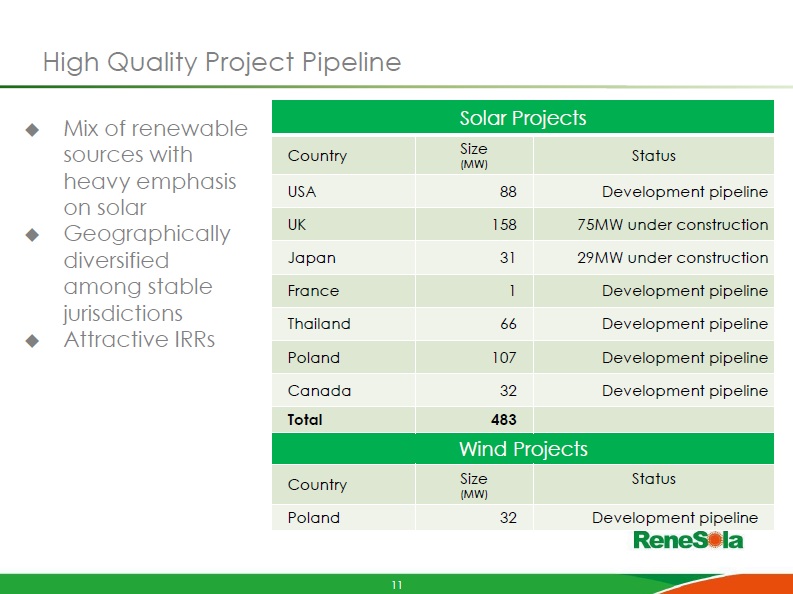 ReneSola's LED sales and distribution business reached revenue of US$3.6 million and was said to have delivered gross margin of over 30% in the third quarter, the first time the company has declared sales for the venture.

The company also noted that it had been tendering on a small-scale Wind project in Poland totalling around 32MW.

ReneSola may not drop out of the top 10 industry rankings based on shipments in 2015, however its diversification shift is impacting its PV module shipment levels.

The company had 1.97GW of module shipments in 2014, though had initially guided shipments that year in the range of 2.3GW to 2.5GW.