Scatec Solar has 1,071MW under construction in six countries 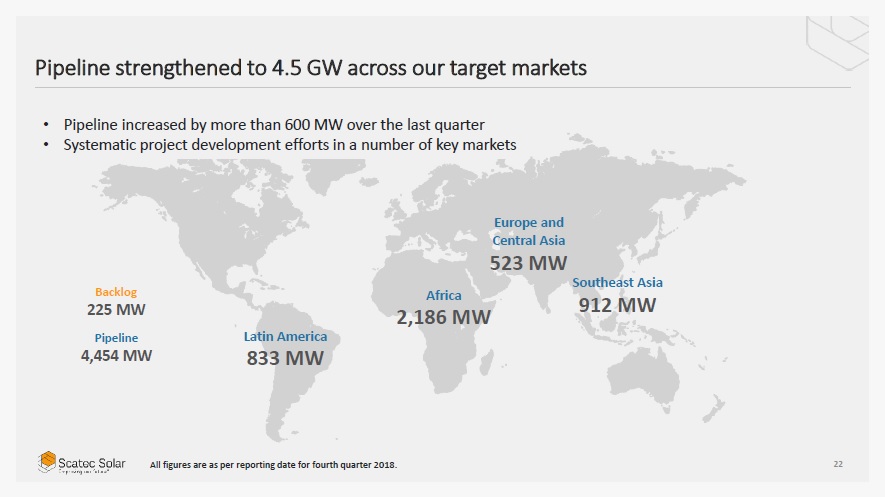 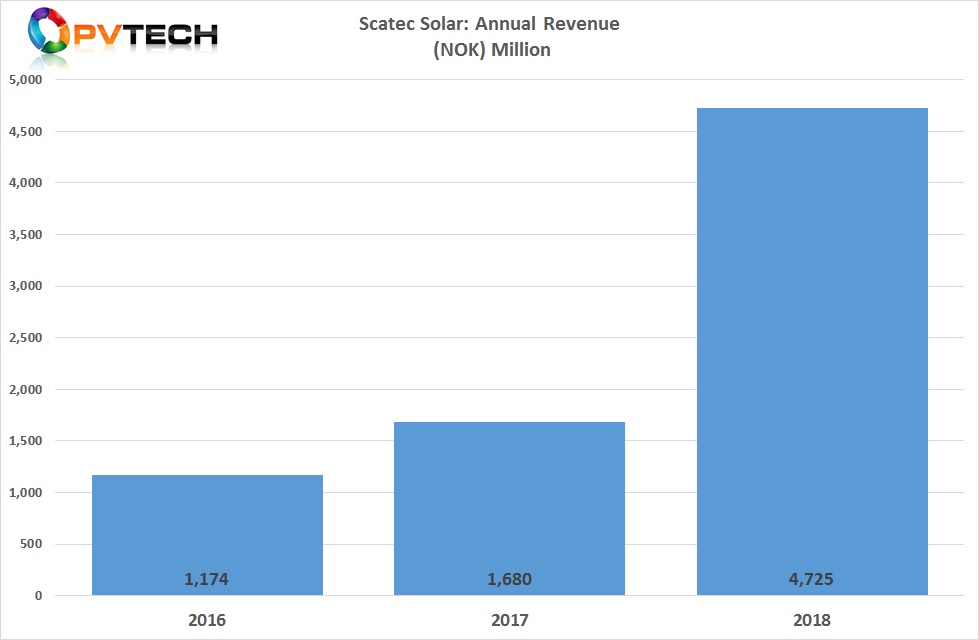 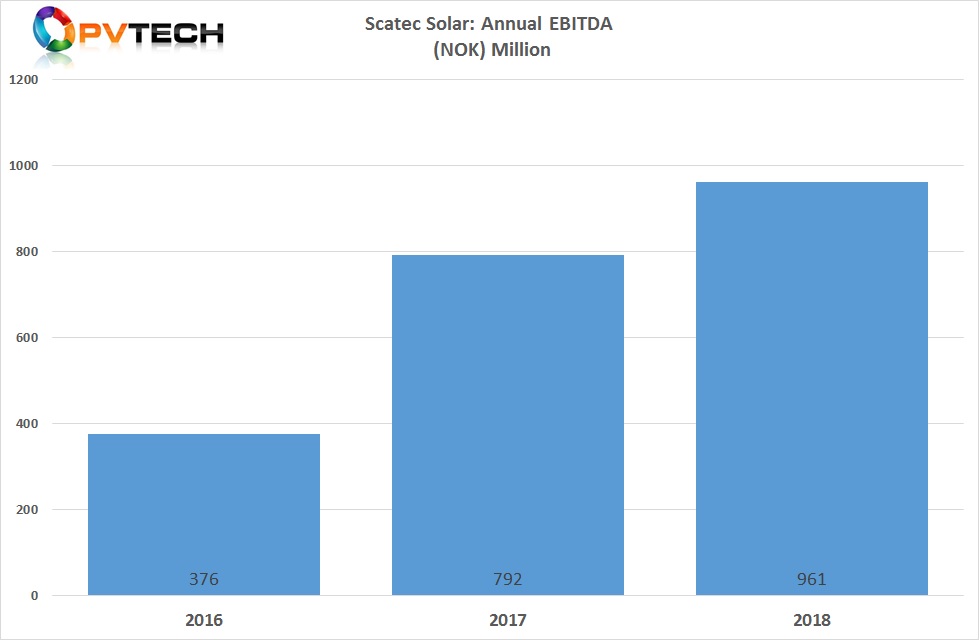 Raymond Carlsen, CEO of Scatec Solar said, “The fourth quarter has been one of the most eventful quarters ever for Scatec Solar. We have grid connected new projects in Brazil and Malaysia, increasing our total installed capacity to 584MW. We have also reached major milestones with financial close and start of construction for new solar plants in Argentina, Malaysia and Ukraine, as well as continued high construction activity across six countries as we realise 1.1GW of new capacity.”

The company also noted that its project pipeline increased by more than 600MW in the fourth quarter of 2018, totalling 4.5GW.