Shunfeng warns of further losses in the first-half of 2017 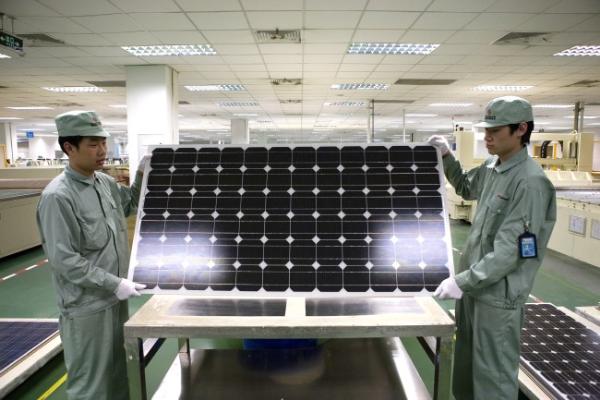 Diversified renewable energy firm Shunfeng International Clean Energy (SFCE) said it would continue to report losses for the first half of 2017, after full-year 2016 losses of over US$350 million.

A catalogue of issues had plagued SFCE in 2016, not least the eventual bankruptcy of US-based manufacturer Suniva, which was expected to generate losses of around US$16.3 million in 2016 after reporting losses of around US$7.4 million in the first half of the year as well as the impact of steep PV module ASP declines in the second half of last year.

Other issues in 2016 surrounded losses attributed to its downstream PV power plant business, due primarily to grid curtailment issues in China.

SFCE said that preliminary expected losses in the first half of 2017 were around RMB 330 million (US$49 million).

The company noted that further PV module ASP declines contributed to the expected losses in the first half of 2017, despite the sales volume of solar energy products increasing by approximately 25%, compared to the prior year period.

SFCE also noted that it was also impacted by stopping the capitalization of a portion of interest expenses related to the construction of PV power plants in the first half of 2017. The finance costs of PV projects therefore increased by approximately 51% to RMB 687 million (US$102 million), compared to the first half of 2016, according to the company.

19 July 2022
Free webinar - Hear an updated and live talk that was first delivered by PV Tech's Head of Research, Dr Finlay Colville at the PV ModuleTech conference in Napa on 15 June 2022: - The PV industry has moved beyond its legacy supply/demand dynamics: why has this happened? - ASPs can’t go down globally in the near to mid-term: why is this the case? - Is there new capacity coming to the rescue? - Has China’s polysilicon industry become a new PV pricing cartel? - Making products & deploying domestically in a TW annual landscape: how can the U.S. really do this in practice? - The real PV technology roadmap: why do only 2% of producers matter today?
c-si manufacturing, pv modules, pv power plants, shunfeng international clean energy