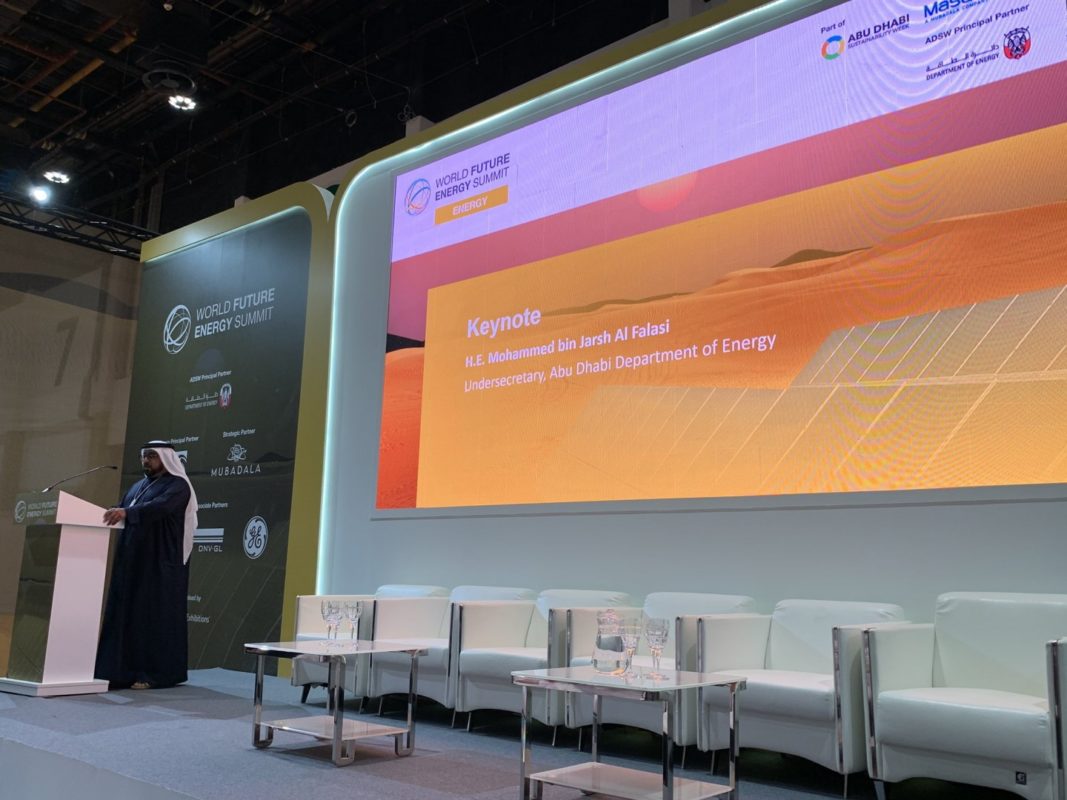 Solar PV will play a critical role in the energy transition in Abu Dhabi and the wider United Arab Emirates, with deployment expected to ramp up as renewable energy targets near.

In September last year, Abu Dhabi announced a target of deriving 50% of its power demand from renewables, transitioning away from a power system that is built predominantly on gas-fired generation plants. A nuclear power station is nearing completion, but solar looks set to be play a critical role in that transition.

The 1,177MW Noor Abu Dhabi solar farm was completed at Sweihan last April, however plans are already afoot to significantly ramp up the emirate's solar capacity with a 2GW solar IPP at Al Dhafra, for which 24 firms were shortlisted by Emirates Water and Electricity Company (EWEC) in July.

That shortlist was whittled down to just five bidders in November and on the second day of WFES (14 January 2020) Adel Al Saeedi, acting director for EWEC's privatisation directorate, said that the five bids were now being evaluated on both price and non-price criteria with the aim of bringing forward a project “of the highest quality”.

An optional large-scale battery energy storage element was also added to the Al Dhafra tender, requesting bids for a system of up to 300MWh in capacity.

While Abu Dhabi’s current solar capacity may only typically contribute ~6% of the emirate’s power demand during the summer, owing to surging energy demand from air conditioning units, during its winter minimum that contribution can grow to as much as 16%, Bruce Stedall, managing director at Abu Dhabi’s transmission grid operator Transco, told the conference yesterday.

Al Falasi said the emirate was proud of the progress it had made in solar deployment, with Abu Dhabi emerging as an early adopter of both conventional and virtual power plants.

A battery storage-led virtual power plant came onstream in Abu Dhabi last year, bringing together six hours worth of energy storage spread across ten different locations. It provides peak shifting capabilities as well as frequency response, aiding the management of a grid that is quickly having to adapt to significant quantities of intermittent generation.