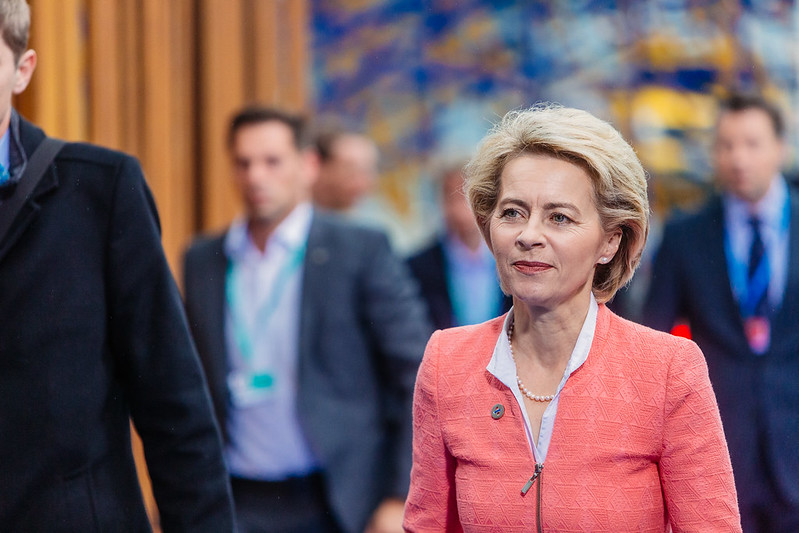 Solar representatives have called for the energy source to become one of the beneficiaries of Europe’s new green investment roadmap, presented in Brussels this week.

On Tuesday, top European Commission figures revealed a plan that would have Europe channel “at least” €1 trillion (US$1.11 trillion) towards the sustainable economy over the coming decade.

The plan represents the EU’s proposal on how to finance the European Green Deal it presented last month, which would have the EU bloc become carbon neutral by 2050.

The European Green Deal – meant to bring every EU economic sector in line with green principles – will be financed through a mix of public and private money, the Commission said this week.

The goal for at least one trillion euros within ten years will be achieved via the EU budget (€503 billion) but also billions’ worth of private investment, which the EU wants to help mobilise.

Exactly which specific green ventures will be backed by this capital splurge remains unknown, with the EU still working on a green finance taxonomy meant to shed some light by ranking all sectors.

European PV association SolarPower Europe – which on Tuesday labelled the proposals as “cause for celebration” – urged however for solar to receive support under the new EU plan.

“It is now crucial that investments are first directed towards cost-competitive, already available and Europe-leading renewable solutions, such as solar,” said CEO Walburga Hemetsberger.

The current European Commission of president Ursula von der Leyen and its Jean-Claude Juncker-led predecessor have presided over an auspicious time for EU solar policies.

Juncker’s executive steered the adoption of a sweeping renewable legislative plan, including an EU-wide 32%-by-2030 green energy target and rules forcing countries to remove market barriers.

Von der Leyen’s European Green Deal is seen as similarly positive at SolarPower Europe, which has praised the plans for a new green “industrial strategy”, a long-time PV industry demand.

The association has also welcomed the move by the European Investment Bank (EIB) to ramp up its share of climate investment from 25% to 50% by 2025, as part of plans to drop fossil fuel funding.

The EIB – the world’s largest multilateral lender – has been a staunch solar backer for years, going on to support sizeable PV pipelines in Spain, Mexico, Brazil, Zambia and others.

For PV, another highlight of the EU’s new one-trillion-euro investment plan is the proposed Just Transition Mechanism, meant to channel €100 billion to regions challenged by the green transition.

Describing the Mechanism as a “positive step”, SolarPower Europe’s Hemetsberger pointed an EU study from last year, which found PV could be a 185,000-job lifeline for Europe’s coal heartlands.

“It is crucial that no European regions or communities are left behind in the upcoming climate transition,” the association’s CEO said this week. “solar, as the most cost-effective, scalable, and popular energy source, can play a significant role in ensuring a beneficial transition for all.”

6 October 2021
The future is bright for a new era of US solar and storage, and the 8th annual Solar & Storage Finance Summit will provide opportunities to discuss solutions to the industry’s challenges and provide a networking platform designed to bring together the top minds in the industry to do business. With a mix of high-level, informative presentations and panels, a stellar cast of speakers and audience members with deal-making capacity, the 2021 edition of the event will be a sell-out success.
brussels, europe, european commission, european green deal, finance, largescale2020, lss2020, sfi2020, solar finance, solar pv