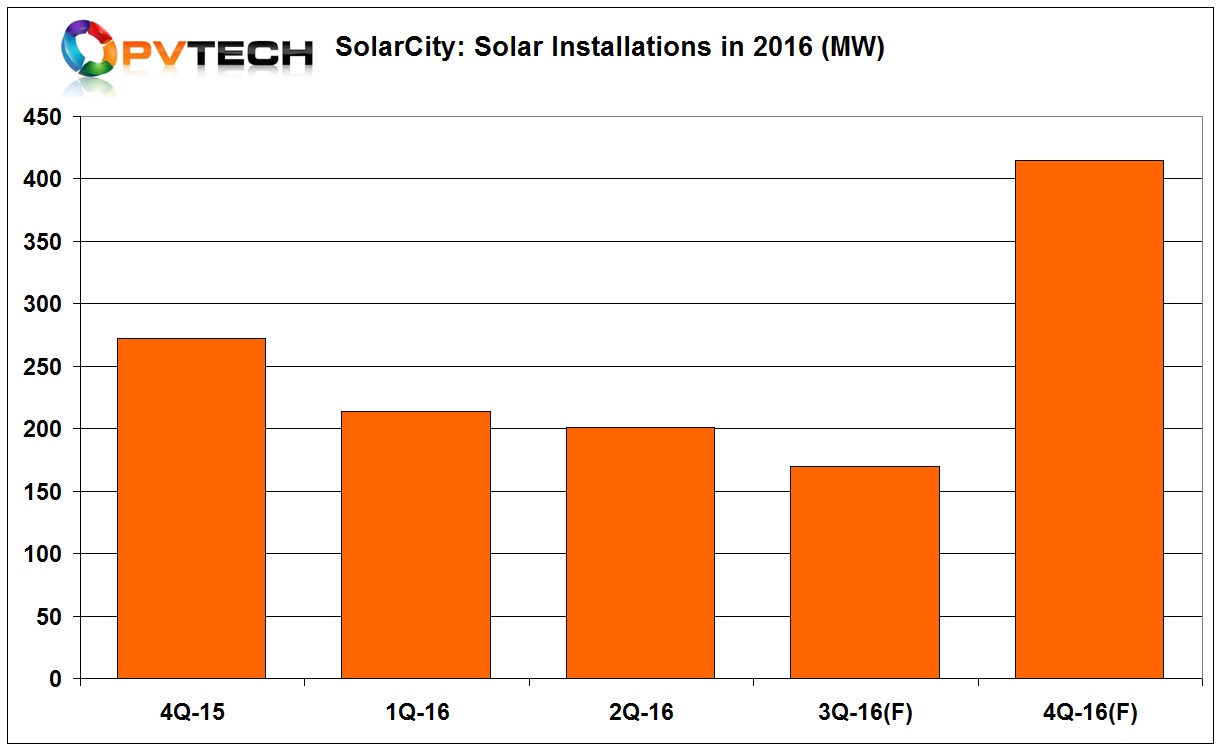 The largest US residential PV installer SolarCity said its co-founders Lyndon and Peter Rive, CEO and CTO, respectively have agreed to waiver their salaries and receive a token US$1.0 in annual pay as the company plans an unspecified number of job losses due to lower revised PV installation guidance for 2016.

SolarCity said in an SEC filing that it expected to incur restructuring charges of US$3 million to US$5 million, primarily in relation to a workforce reduction. The company said the move would realign its operating expenses to match the expected reduction in installations, which was recently revised a second time to 900MW to 1,000MW, compared to 1,000MW to 1,100MW, previously guided.

As PV Tech recently highlighted, SolarCity’s quarterly installations have declined sequentially in 2016 and are expected to bottom out in the third quarter, then rebound strongly in the fourth quarter.

However, SolarCity’s fourth quarter installations would need to be over 400MW to meet guidance, a new quarterly record for the company.