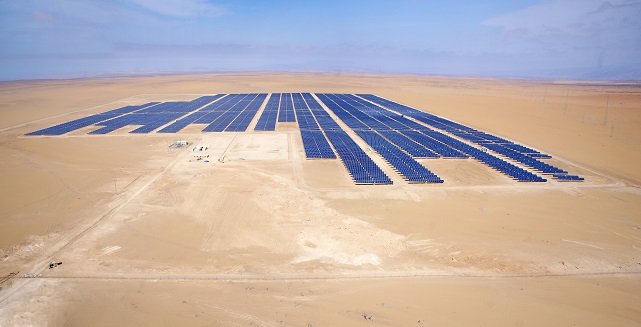 Solarpack has strengthened its foothold on the Peruvian solar market by closing on the full acquisition of two up-and-running plants it deployed seven years ago.

On Tuesday, the firm announced the completion of the US$51.5 million purchase of Tacna Solar and Panamericana Solar, acquiring the 90.5% it did not already own.

Solarpack built the 43MW duo – 39MW in attributable operating capacity terms – in 2012. The plants have since been running at their location in the southeastern Peruvian region of Tacna, bordering Chile to the south.

According to Solarpack, the two plants are backed by US dollar-denominated power purchase agreements (PPA) with Peru’s Energy Ministry, awarded at the country’s first ever renewable tender in 2010.

With PPAs now set to last another 13 years, the solar duo carried a joint US$113 million in net financial debt as of 28 February 2019 and posted US$21 million in EBITDA last year.

The deployment of both projects was originally backed via long-term non-recourse project financing from US development financier OPIC. To partially fund their full purchase this year, Solarpack raised a US$30 million bridge loan from Banco Santander.

“For the amortisation of the bridge loan, [Solarpack] contemplates several options that may involve the entry of a minority partner in the projects or, alternatively, maintaining full ownership of the assets,” a company’s statement said on Tuesday.

For Solarpack, the foray in Peru’s southeast comes as construction progresses for its 123MW La Granja solar project across the border, one of a growing number in Chile’s Atacama Desert.

The firm has also been active in its home market of Spain, enlisting top financiers Bankia and Bankinter in July as backers of a 112MW trio set to go live in the Seville province by year-end.