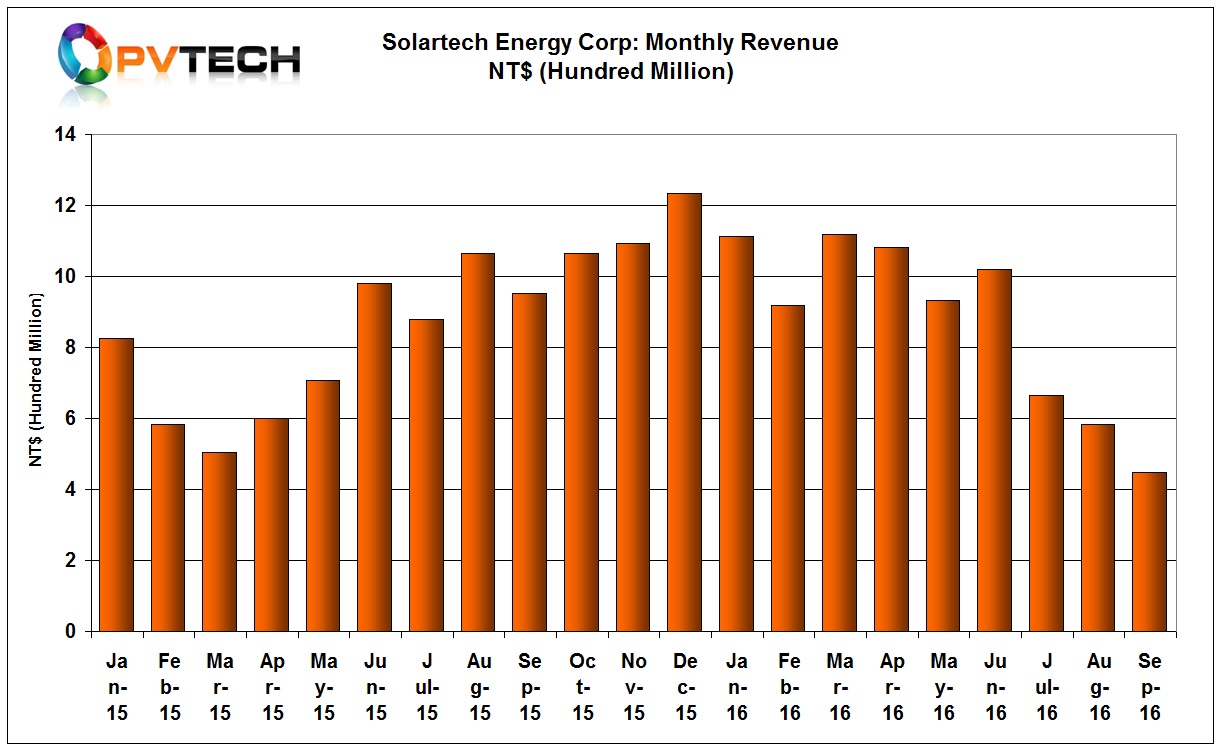 Solartech reported September sales of NT$ 449 million (US$14.3 million), down 22.84% from the previous month and down 52.81% on a year-on-year basis, marking continued demand weakness and ASP declines experienced in the third quarter of 2016.

With sales down over 50% from the prior year period, Solartech production utilisation rates would have also declined significantly.

25 April 2022
PV CellTech will be held in Europe for the first time! Join us in Berlin to explore the industry transition to n-type mass production. The event concentrates on presentations only; these forming an almost overload of pertinent facts and details to help anyone looking at forming their internal roadmaps for the next few years regarding PV technology trends.
c-si manufacturing, manufacturing, solar cell, solartech energy