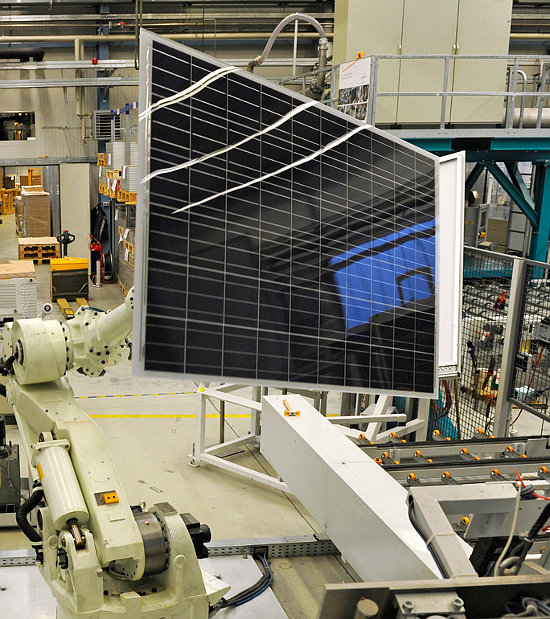 Preliminary revenue for the first quarter was €186 million, up around 13% from the previous quarter when revenue reached €164 million but was down from €213 million in the prior year period, which included lower shipments of 333MW, highlighting product ASP declines 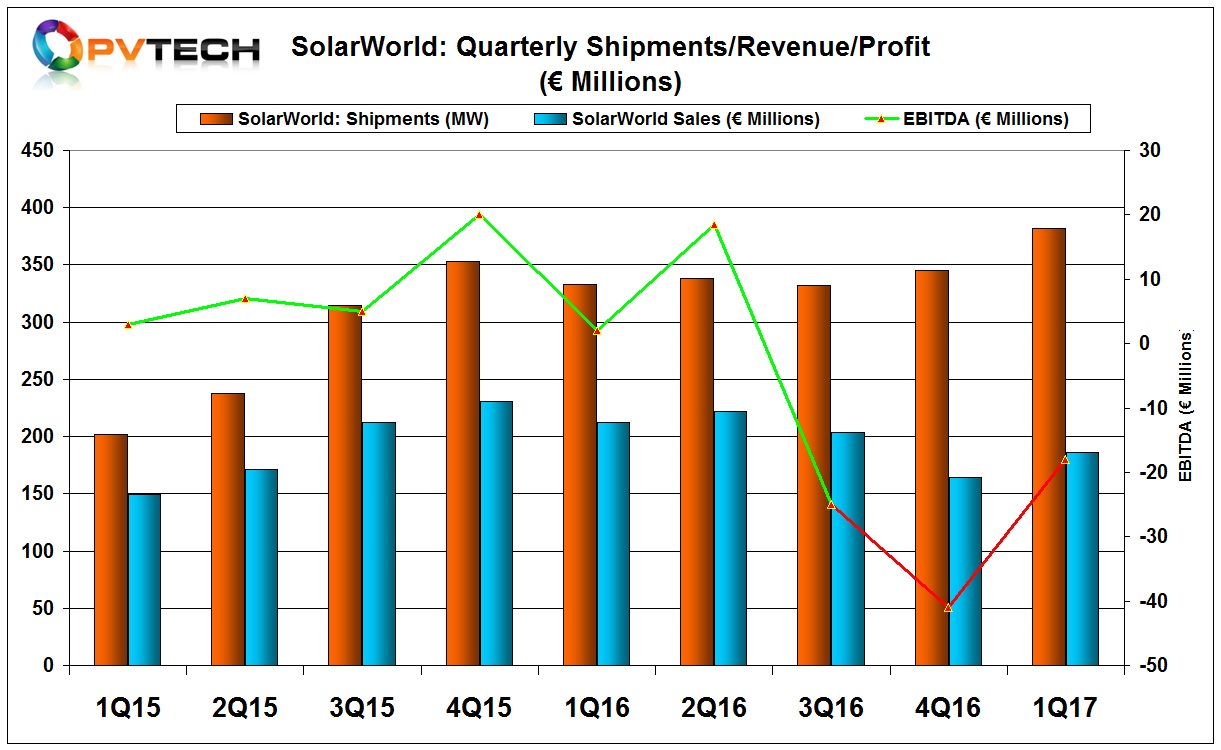 Increased product shipments and revenue helped limit Earnings before interest, taxes, depreciation and amortization (EBITDA) losses to a negative €18 million, compared to a negative EBITDA of €41 million in the previous quarter.

The reduction in losses were also due to ongoing restructuring as the company transitions to mono-PERC production and ends multicrystalline product production in 2017.

Cash and cash equivalents declined only €4 million to €84 million at the end of the first quarter of 2017.