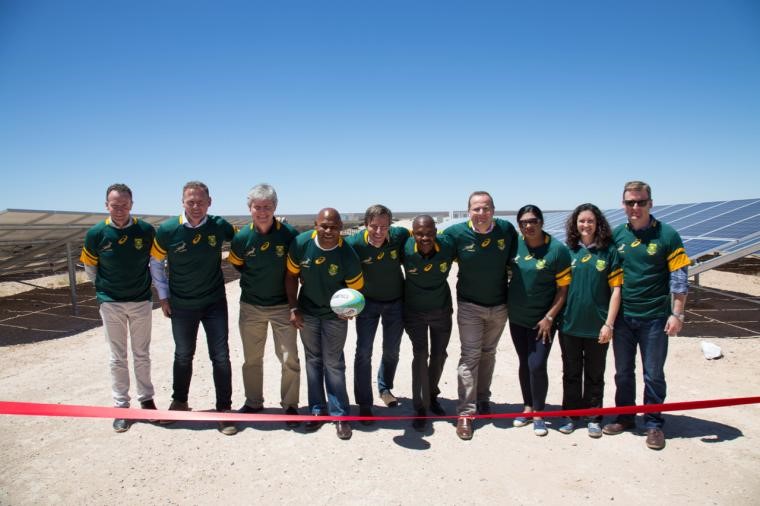 The Prieska PV project ranks as one of the largest in the region, spanning 125 hectares and generating enough electricity to power 40,000 homes through the Eskom grid.

As well as providing clean energy, the project employed 1720 local inhabitants during its 14-month construction phase. “The project required over 1.6 million man-hours to build, out of which over half were locally sourced,” said Johnny Cullum, CEO of project partner Mulilo. “It has injected much-needed revenue into local businesses and also created additional indirect employment in the region.”

Sonnedix and Mulilo indicated long-term plans for the Northern Cape area and both made sure to prioritise community investment during the construction phase and during operations and maintenance further down the road.

The inauguration of this latest plant brings Sonnedix’s investment in new assets up to more than US$664.84 (€600 million) in the last 12 months. According to company CEO Andreas Mustad, the plant is the largest commissioned by Sonnedix, which has plans to operate it for a minimum of 20 years with local partners.

11 October 2022
PV CellTech Extra will be held as a series of live webinars and on-demand sessions on 11-13 October 2022. We'll be taking a slightly further forward-looking view at the technologies and roadmaps for new cell architectures set to dominate mass production during 2023-2025 with special emphasis on the potential timelines for technologies beyond the single-junction cell design, including perovskite and hybrid concepts.
africa, reippp, solar pv, sonnedix, south africa