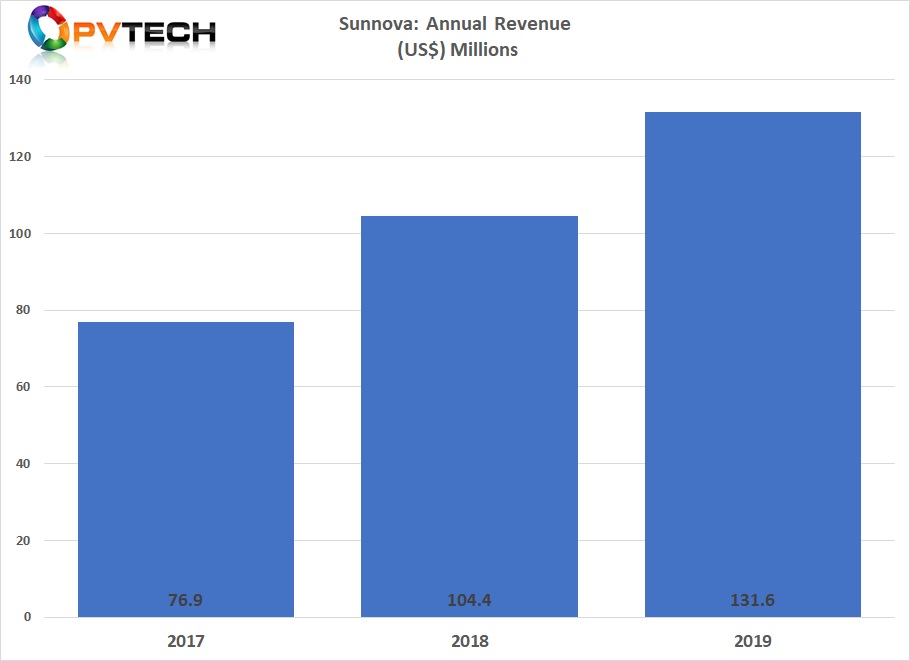 Interest and administrative payments sent Sunnova Energy International’s finances further into the red in 2019, even as the firm boosted revenues and added nearly 20,000 new customers.

Financial results out on Monday show the US residential solar and storage specialist ended 2019 with full-year net losses of US$133.4 million, nearly double the US$68.4 million the Houston-based firm had recorded between January and December 2018.

Over 2019, Sunnova partly linked the soaring expenses to the costs related to its IPO last July. The listing, initially aiming for a size of US$365 million (US$18 per share), ended up yielding only about US$170 million (US$11.25 per share). This Monday, its shares were trading at a higher US$17.55.

The full-year update out this week shed light on Sunnova’s key spending fronts in 2019 other than the IPO, which cost about US$3.8 million last year. The documents listed US$108 million in net interest expenses, coupled with nearly US$100 million in general and administrative expenses.

The firm also had to use sizeable volumes of net cash – US$170.3 million – primarily to cover its inventory purchases in 2019 under the so-called safe harbour scheme, which US solar players use to maximise the tax credits they receive by acquiring equipment such as modules and inverters. 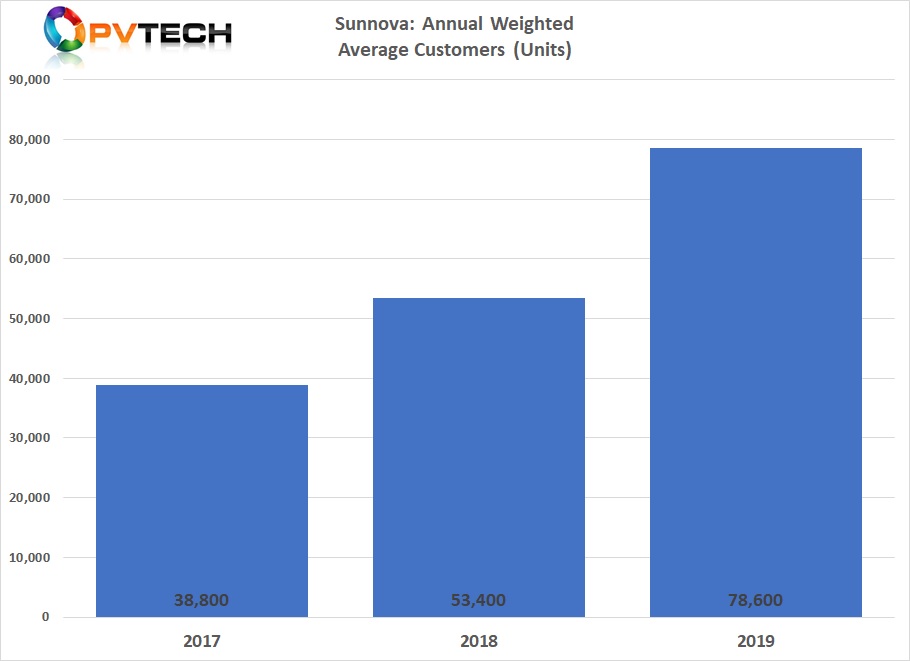 Sunnova did not provide full-year installation figures this week but analysis of past SEC filings shows the firm had over 572MW in generation capacity at the end of 2019, a 117MW year-on-year addition on the 455MW it counted at the end of 2018.

Discussing the response to its offering in 2019, the firm said sales and attachment of its SunSafe solar-plus-storage product have ramped up “at a faster pace” than it had expected. Consumers, the firm said, are turning to these hybrids to avoid “unreliable” power grids.

As CEO William J. Berger noted in a prepared statement, the SunSafe product line – which features Tesla Powerwall batteries – is now available in 16 markets. “We are proud of what we accomplished in 2019,” said Berger, who co-founded Sunnova in late 2012.

The 2020 forecasts presented by Sunnova this week show the firm has a slightly brighter outlook for this year than it did prior. Its guidance of 28,000-30,000 new customers and US$58-62 million non-GAAP EBITDA for the whole of 2020 are both higher than Sunnova was predicting before this week.

It remains uncertain whether this year will see Sunnova take on more debt, as it was the case last year. From US$872 million in long-term net debt recorded as of 31 December 2018, the firm went on to post US$1.3 billion at the same point one year afterwards.