TAIWAN ROUND UP: January 2017 sales disappoint for SAS, GET, Gintech, Motech and Solartech

Key Taiwan-based PV manufacturers are looking to benefit from a strong recovery in sales in the first half of 2017 in anticipation of another strong downstream demand cycle from China.

PV Tech recently reported that polysilicon market specialist, Bernreuter Research noted that recent polysilicon import levels into China surged between October and November 2016, while ASP’s also recovered, a trend seen the year before and ahead of China installing a record 22GW of solar in the first half of 2016.

However, that recovery for Taiwan's PV manufacturing supply chain would not seem to have started at the beginning of the year. 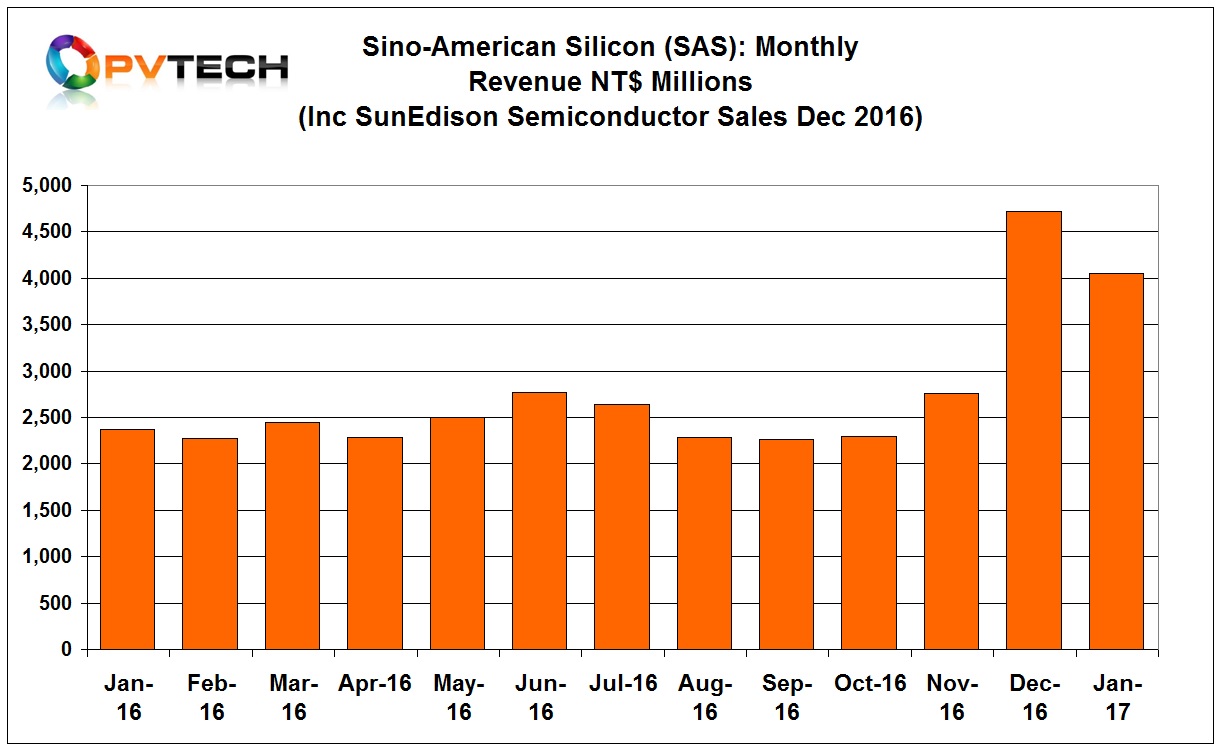 Multicrystalline wafer producer Green Energy Technology (GET) reported a small increase in revenue in January, 2017, due to a slight increase in wafer ASP’s.

GET reported sales of NT$837 million (US$26.98 million), a 10.5% increase over the previous month, which slumped to US23.7 million, due to a significant reduction in outsourced wafer capacity from third-parties.

In-house wafer production utilization rates were said to have been around 90% in January with facilities running through the lunar New Year holidays. 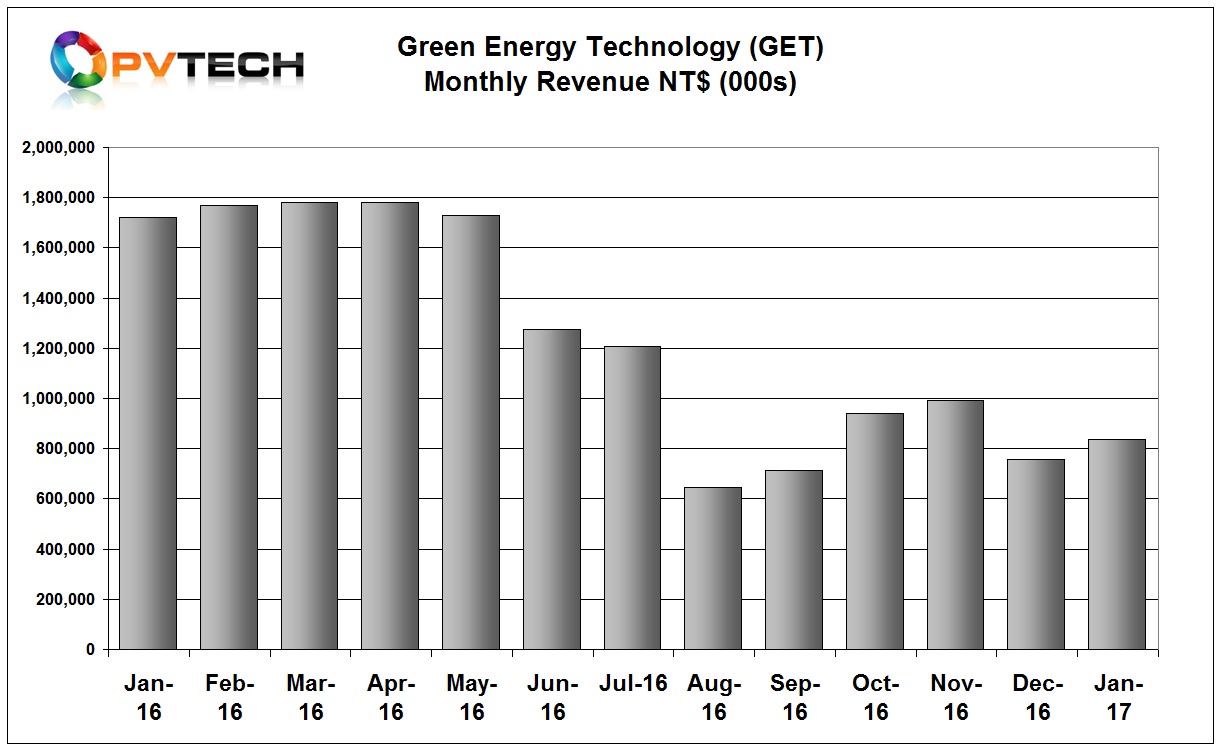 Merchant solar cell and module producer Gintech Energy saw sales slide in January, 2017 after ending the year with strong sales, up over 45% from November. 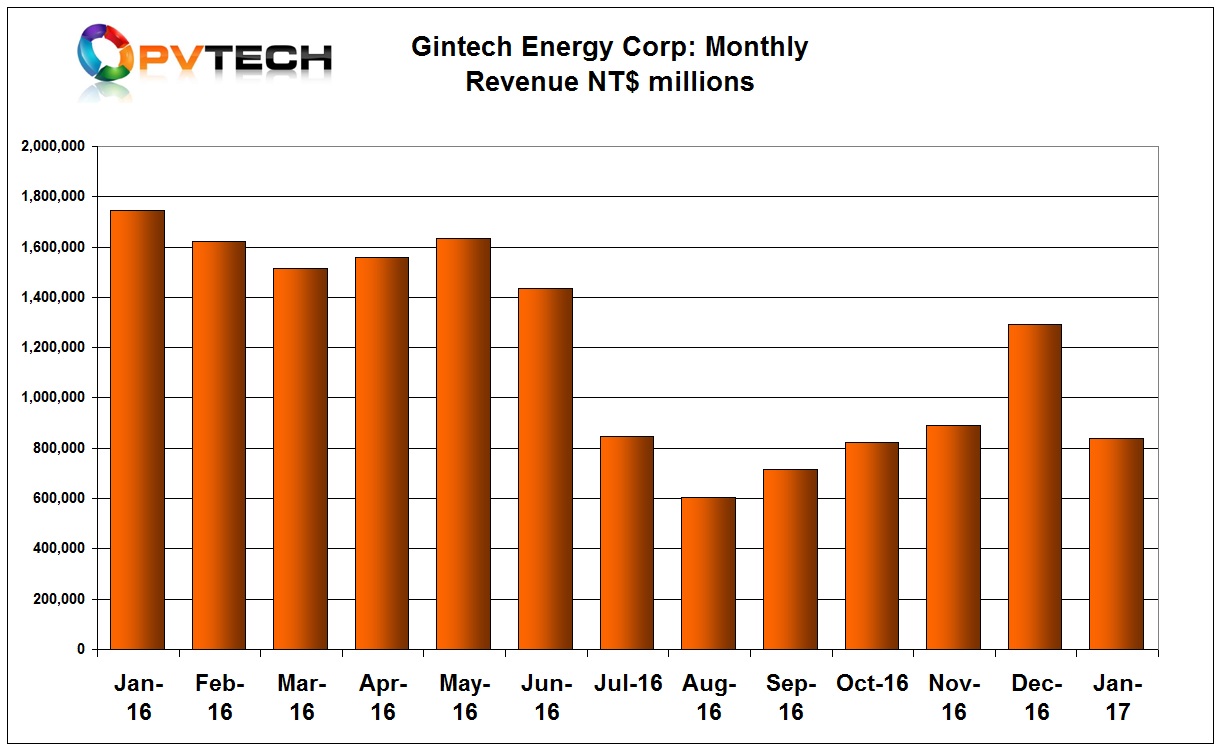 Motech said sales in January declined 46% from the previous month at NT$1.782 billion (US$57.4 million) compared to US$60.4 million in December, 2016. The company did not provide reasons for the significant decline in revenue. 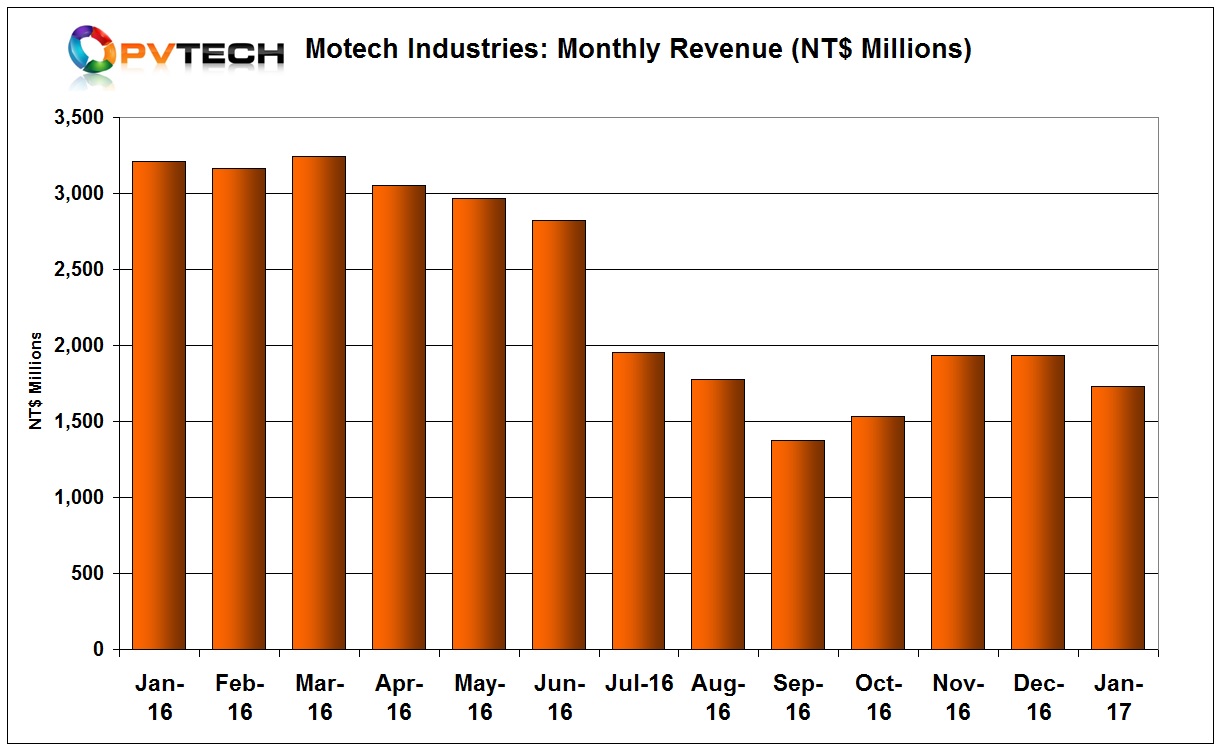 Merchant solar cell producer Solartech Energy Corp continued to report a slump in sales, which declined 22% from the previous month. 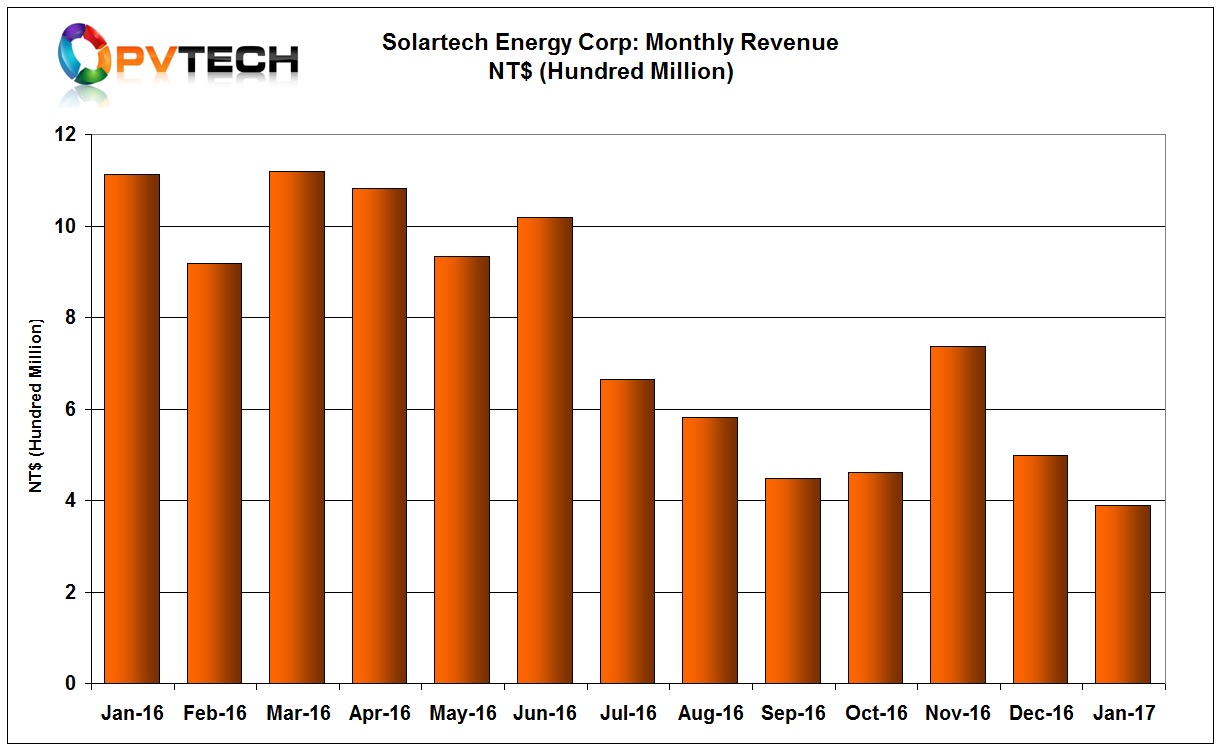