China’s National Energy Administration (NEA) recently reported that the country added 7.21GW of solar PV in the first quarter of 2017, roughly 70MW more than in the prior year period, yet sales by many Taiwan based suppliers of solar cell and modules have remained between 30 to 40% lower than the prior year period.

Although monthly sales figures for a number of Tawain-based suppliers in March, 2017 tentatively indicated a recovery in demand, April figures have declined ahead of what many industry observers expect to be the highest quarter of downstream demand in China this year.

The recent figures from NEA also indicate that demand from China’s downstream market for Taiwanese supplied products could have structurally changed, potentially due to increased manufacturing capacity expansions by Chinese producers in 2016.

Merchant solar cell and module producer Gintech Energy reported a decline in sales in April, 2017, after a reasonable increase in sales in March.

Sales in the first four months of 2017 have remained over 30% lower than the prior year period. 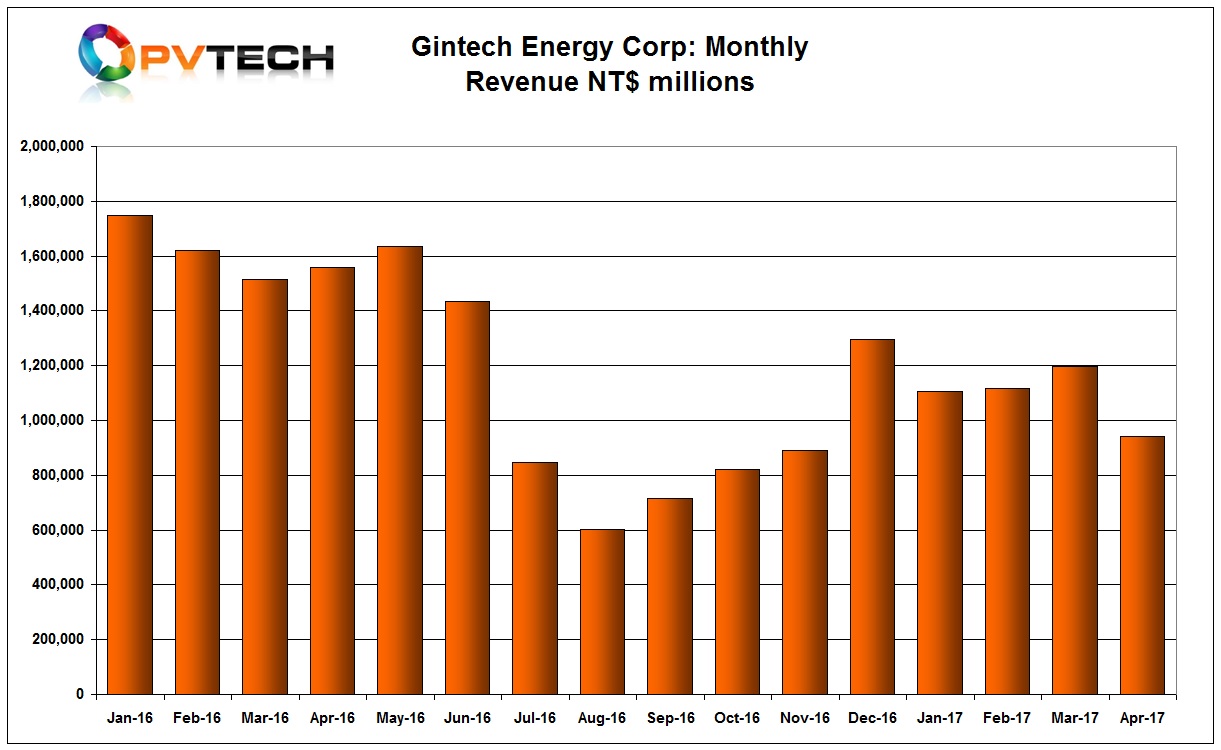 However, sales in the first four months of 2017 have remained around 58% below the prior year period. 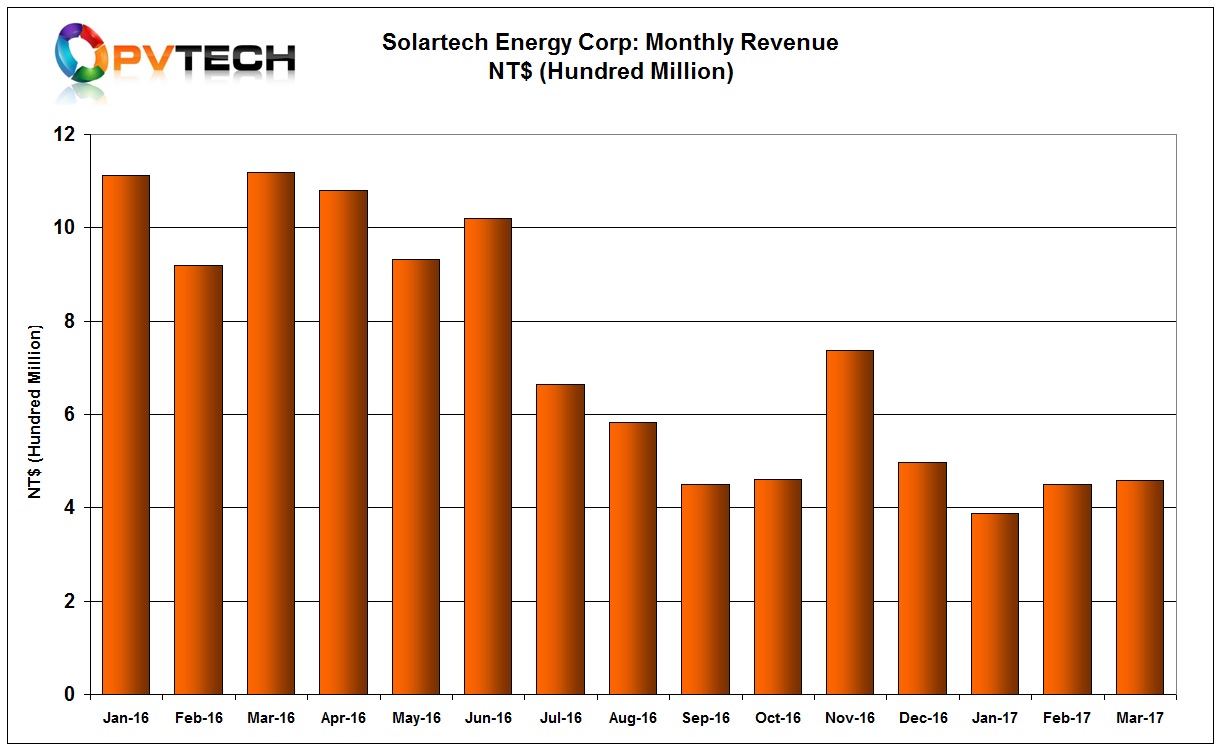 PV cell and module manufacturer Motech Industries sales declined in April after a reasonable uptick in the previous month.

Sales in the first four months of 2017 have remained around 46% lower than the prior year period. 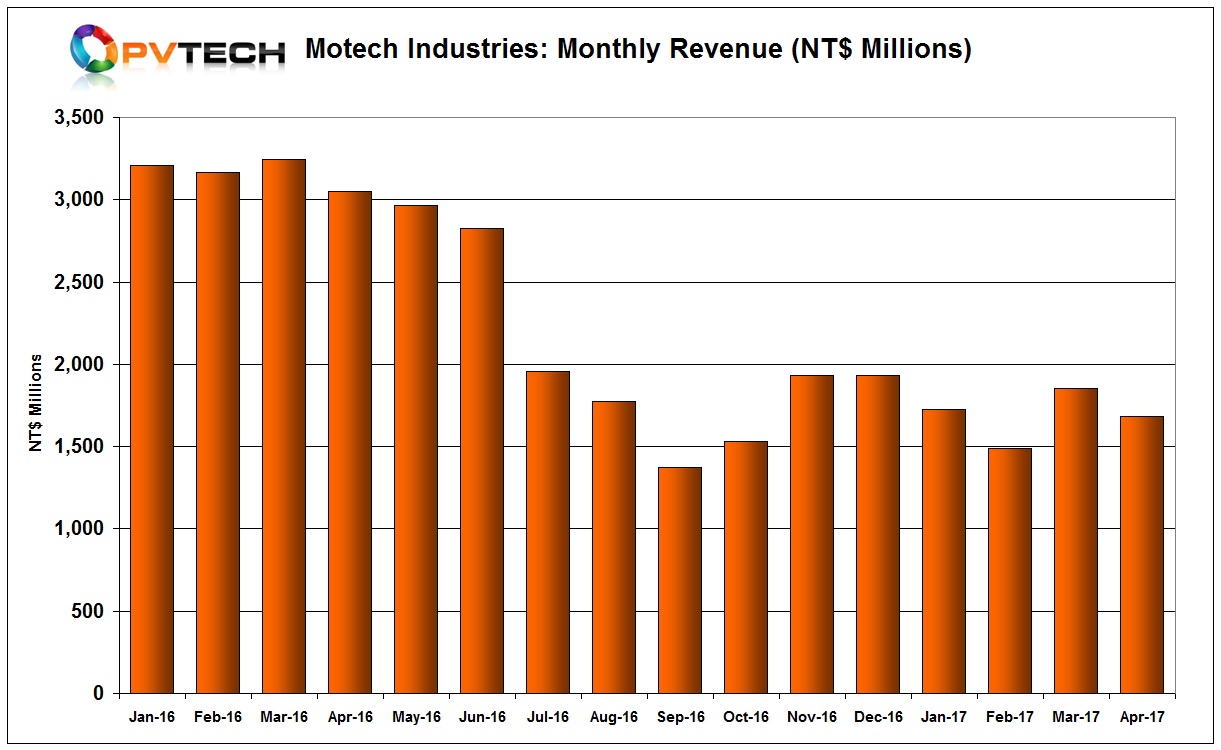 PV cell and module manufacturer TSEC Corporation sales took a meaningful knock in April and are proving to fluctuate markedly in 2017. 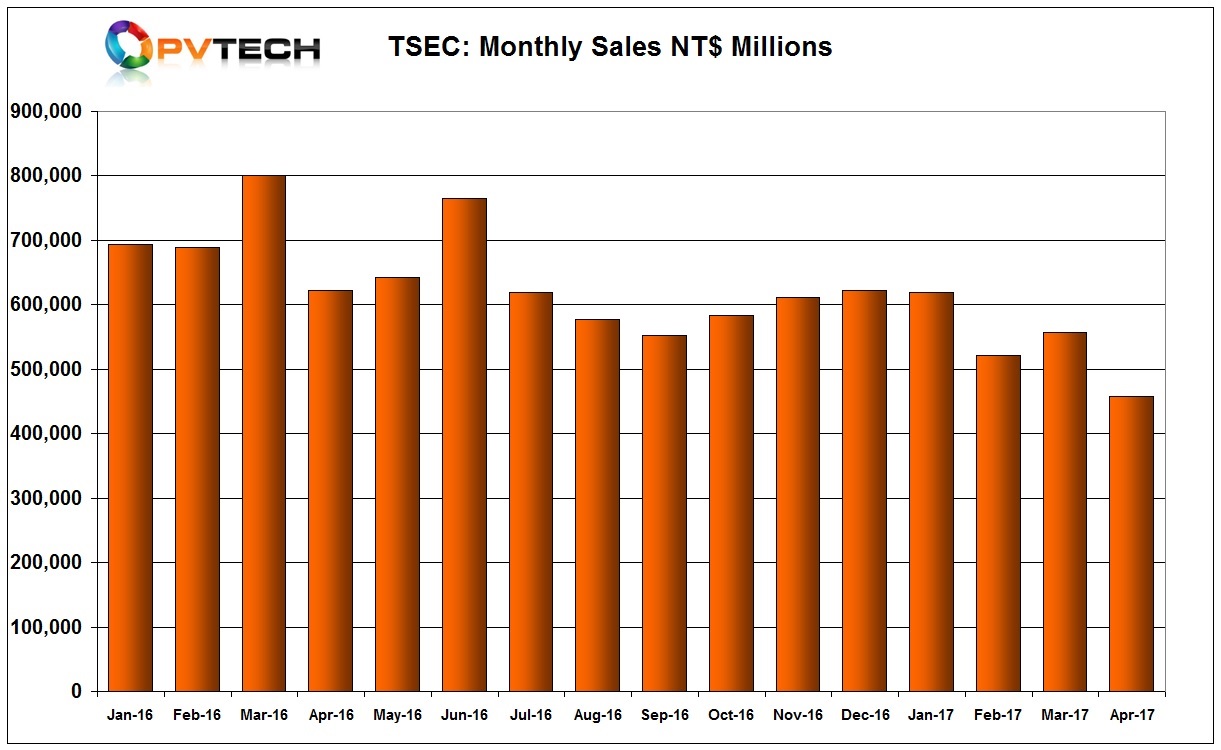