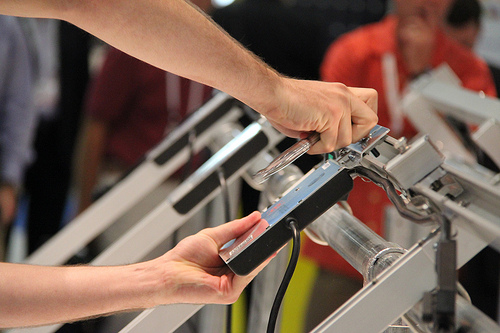 A trade council has been formed to support Hawaii’s aim of achieving 100% renewable energy generation by a group of behind-the-meter, distributed energy resource companies that includes solar microinverter maker Enphase.

The newly formed Distributed Energy Resources Council (DERC) groups together six names in solar, energy storage and sustainability and energy consulting which share common goals to accelerate the deployment of flexible and distributed resources including solar, smart grids and storage on the islands’ energy networks.

Hawaii has the US’ highest installed capacity of PV per capita as well as being the biggest importer of fossil fuels, and has in place a target to source all of its power from renewable energy by 2045, including a tripling of rooftop PV. However, grid constraints have led to the closure of the state’s popular net metering programme to new customers and the deployment of energy storage facilities to assist the grid in accommodating the variable output of solar PV systems.

DERC has been formed by Enphase, Japanese solar inverter maker Tabuchi, US commercial storage provider Stem, battery storage system company E-Gear, energy consultants Hygrid, and sustainabile energy developer Hawaii Energy Connection. Described as the first association of behind-the-meter (i.e. customer-sited) resources companies in the US, DERC’s member organisations aim to work together in assisting Hawaii’s stakeholders including utilities, policymakers and regulators, each pitching in with its expertise in its respective field.

Stem recently installed its first commercial storage systems in Hawaii that will provide balancing services to the grid, as well as allowing the system hosts to reduce energy costs by shaving off peak demand pricing. Earlier this year Enphase remotely upgraded around 80,000 PV systems installed in Hawaii to meet new grid protocols, with Enphase CEO Paul Nahi touting the process as a demonstration of the cost-cutting and efficient way for utilities to get behind the meter and help clear a backlog of PV systems awaiting approval to get on the grid. Tabuchi Electric has been looking to make further inroads into the US market for large-scale and residential solar inverters this year, forming strategic partnerships with a number of companies including power optimiser firm Ampt.

In a statement yesterday announcing its launch, DERC said it would “actively participate in proceedings at the Hawaii Public Utilities Commission as well as monitor and engage in relevant legislative opportunities”. The group is currently seeking to recruit an executive director.