Why learning the lessons of Solyndra matters 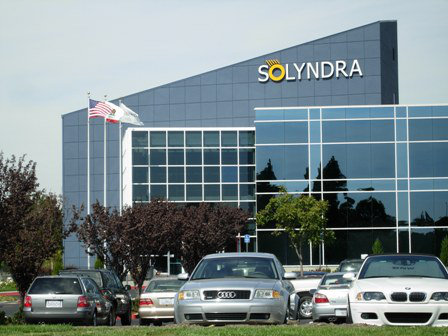 The timing could hardly have been less fortunate. A US government report this week on the collapse of thin-film firm Solyndra dropped on the same day President Obama stood before a Las Vegas audience to announce some US$1 billion of federal government support for clean energy initiatives, among which solar was a big beneficiary.

Bearing in mind that the demise of Solyndra ended up costing the US taxpayer in excess of US$500 million, the irony will have been lost on few.

The Solyndra report, a four-year piece of investigative work by the Department of Energy’s Inspector General, makes for an eye-opening read, pointing the finger at both apparently deceitful Solyndra employees and unvigilant department officials and consultants, who missed numerous chances of preventing a US$535 million write-off of public money.

Without naming names, it details the lengths to which Solyndra executives apparently went to convince officials that its product – an expensive variant on the CIGS thin-film theme – was worth backing.

Central to the story Solyndra spun was the claim that the ease of installing its modules and the cost savings that attribute offered in balance of systems (BoS) terms justified the above-market prices it expected to charge for its product.

The report reveals how Solyndra peddled this point right up until the closure of the DOE loan the company was seeking to fund its new California fab, even though it appears clear now it was basing its claims on knowingly false information. It cites one email sent by a Solyndra employee to the department shortly before the loan closed in August 2008, claiming BoS cost savings from its modules of “about US$1/Watt”, a figure the report said was later shown to be double what Solyndra was working off internally.

And the DOE itself comes in for strong criticism in the report. Although the department engaged in a due diligence process, the investigation revealed that that process missed opportunities to critically analyse and act on information supplied by Solyndra.

In one instance detailed in the report, a consultant hired by the department received an amended sales contract from Solyndra that if properly scrutinised should have set off the alarm bells. The amendment essentially voided the obligation of the customer in question to purchase future Solyndra products, and had been requested by the customer because the contract was already being incorrectly followed. But the report said there was no evidence the consultant had alerted the department to what it said was a “strong indicator” that market acceptance of Solyndra’s product was not as robust as it claimed.

The reaction by many to all of this may well be “so what?” The truth was apparently twisted, mistakes were made, what now seems like the inevitable happened and lot of public money was lost that cannot now be reclaimed. Solyndra is long gone and the world has moved on.

Those are all valid points. But there is a good reason why this report still has a strong relevance today.

Next year the US will go to the polls to elect a new president. As we saw in the last US presidential election, energy is a political hot potato during election campaigns and it is almost inevitable that the Solyndra wagon will be wheeled out again, as it was in the last election, by (probably Republicans) candidates looking to argue that public funding of clean technologies is a bad bet.

Related to this is the question of whether Congress will pass an extension to the investment tax credit (ITC), which is otherwise due for a sharp cut at the end of next year. As the example par excellence of how the public funding of clean technologies can go horribly wrong, expect the Solyndra tale to be similarly retold by those wishing to see the ITC go.

All in all, the next 18 months will be crucial in shaping the future landscape of federal support for renewable energy in the US. In many ways the details contained in this week’s report will not help the cause, providing those opposed to public funding of clean energy with fresh ammunition.

Equally, though, with the full story of the Solyndra shambles out in the open, there is now an opportunity for solar’s advocates and its supporters in government to draw a line, admit where mistakes were made and make sure they don’t happen again.

Another experience akin to the Solyndra affair could put a permanent dent in the public’s willingness to give solar and other clean energy technologies the benefit of the doubt as a beneficiary of taxpayers’ money at a time when that goodwill will help be crucial in helping win the battles ahead. Showing that the lessons of Solyndra have been learned will go a long way in garnering that support.