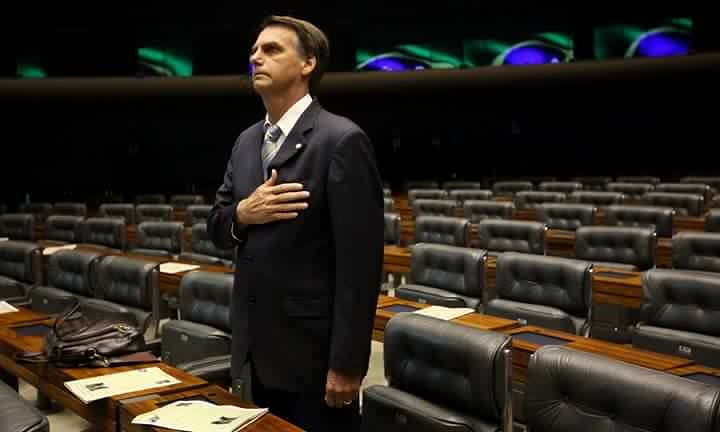 The former army captain found the time this month to wade into a row pitting Brazil’s solar circles against energy regulator Aneel, over the latter’s proposal to charge grid access fees to PV plants backed under the country’s net-metering scheme.

In a flurry of social media posts over the past few days, Bolsonaro announced he had approached Brazilian Senate president David Alcolumbre and his counterpart at the Chamber of Deputies Rodrigo Maia to ensure solar is spared from Aneel’s fee.

According to Bolsonaro, urgent bills will be put forward in either legislative chamber to “forbid” the taxation of solar energy. Pressed on the subject by Facebook users, the president said: “Just talked to [Maia] and [Alcolumbre]. Forget Aneel, we 3 decided: the tax will be ZERO.”

Speaking to journalists on Monday, in a video streamed via the president’s social media account, Bolsonaro said he had acted to “bury” the possibility of solar taxes. “The decision is mine … no one else talks about it,” he said. “Our position is zero taxes.”

The president’s own words later in the same speech hinted that talks with Aneel were not fully closed, however. “[Energy minister] Bento [Albuquerque] told me Aneel wants to talk to me,” he said. “I said that if this is for him to say that the tariff is zero, I’m ready to receive it.”

The regulator, Bolsonaro continued, could itself have a change of heart. “Maybe Aneel itself realises this source of energy has to be stimulated by the government and not for lobbying groups in power transmission to work within Aneel to tax,” he remarked.

Aneel’s proposed fee – part of a broader and controversial (see below) overhaul of Brazil’s distributed generation regime – would charge small-scale solar consumers for grid access, which is currently free-of-charge unless independent producers use more energy than they generate.

Bolsonaro’s personal, strong-worded involvement in the spat against Aneel marks the latest PV-friendly move of a politician who has proved a staunch industry champion, despite his many controversies on other environmental fronts.

The same president who promised to withdraw Brazil from the Paris Agreement on climate change, build an Amazon highway and expel foreign green NGOs has singled out PV as a low-cost energy ally, taking personal time to open a floating PV plant in the Bahia Province.

On his watch, solar has been enlisted to power a major water transfer towards Brazil’s arid, poorer northeast and allowed, for the first time in history, into the so-called A-6 auction. The industry has risen to the opportunity, tabling 29.7GW of bids and outcompeting all other energy sources.

The president’s PV enthusiasm has shown occasional cracks – such as when he vetoed a bill that would have exempted components from a 10% imports tax – but has otherwise presided over an auspicious era for Brazilian solar, increasingly the target of Chinese PV manufacturers.

Having doubled installed capacity to 2GW-plus in a stellar 2018, the industry went on in 2019 to achieve global auction price records and witness mega-projects from the likes of Enel and Lightsource BP. Within the past year alone, the country rolled out 3.3GW of PV, according to recent stats.

The bullish utility-scale picture has at points contrasted with the distributed generation segment, which has hit the 1GW installed capacity mark but faced incentive cuts under the reform agendaof regulator Aneel.

At public hearings and other events, the institution has stressed its support to distributed generation but argued current levels of state support must drop. A failure to act in this direction can lead to “high costs” for the other grid users who did not install their own generation, Aneel said in 2019.