Leading microinverter supplier, Enphase Energy shipped over 1.2 million units in the second quarter of 2019, with its latest IQ 7 model accounting for around 98% of shipment total.

Easing of constraints, as both component supply and outsourced manufacturing improved during the reporting period, led to Enphase increasing revenue 34%, sequentially and 77%, year-on-year to US$134.1 million. 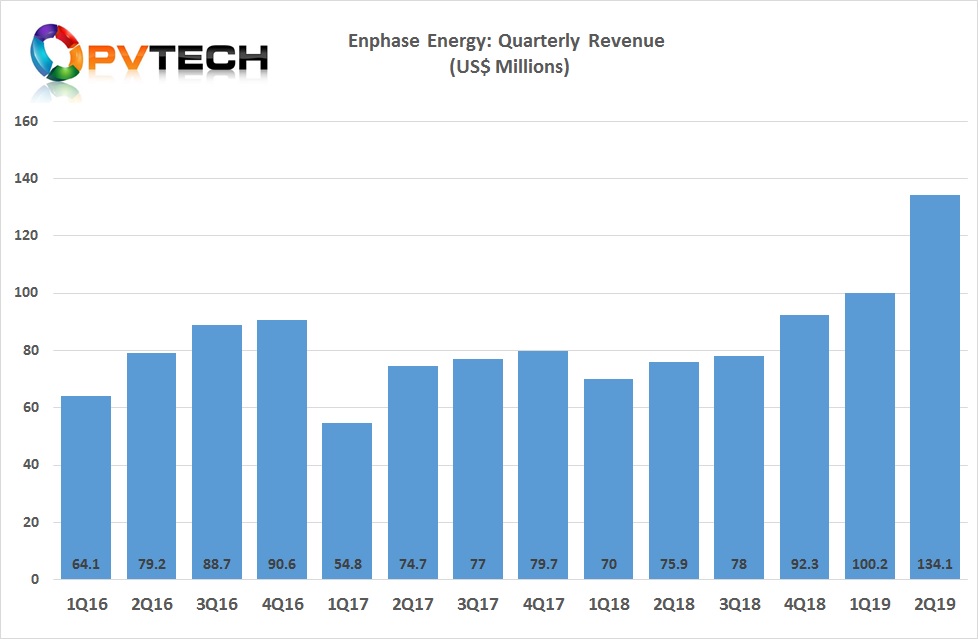 Microinverter shipments in the second quarter of 2019 stood at 1.283 million, with IQ 7 model shipments accounting for around 98% of the total. 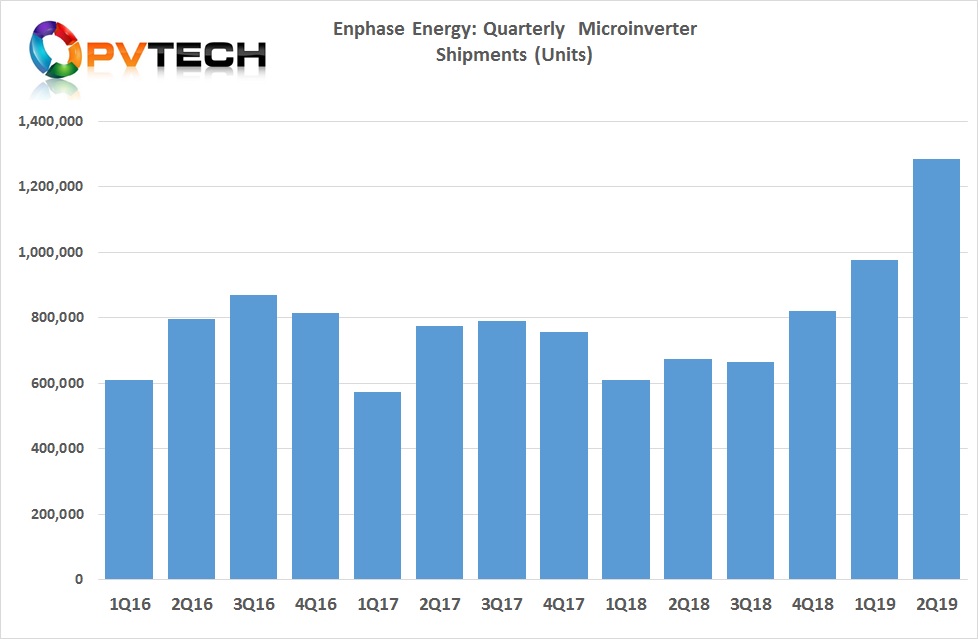 On a megawatt basis, shipments totalled 416MW, a 36% increase from the previous quarter and up 105% from the prior year period when the company was in the middle of a major restructuring, which is expected to be completed in 2019. 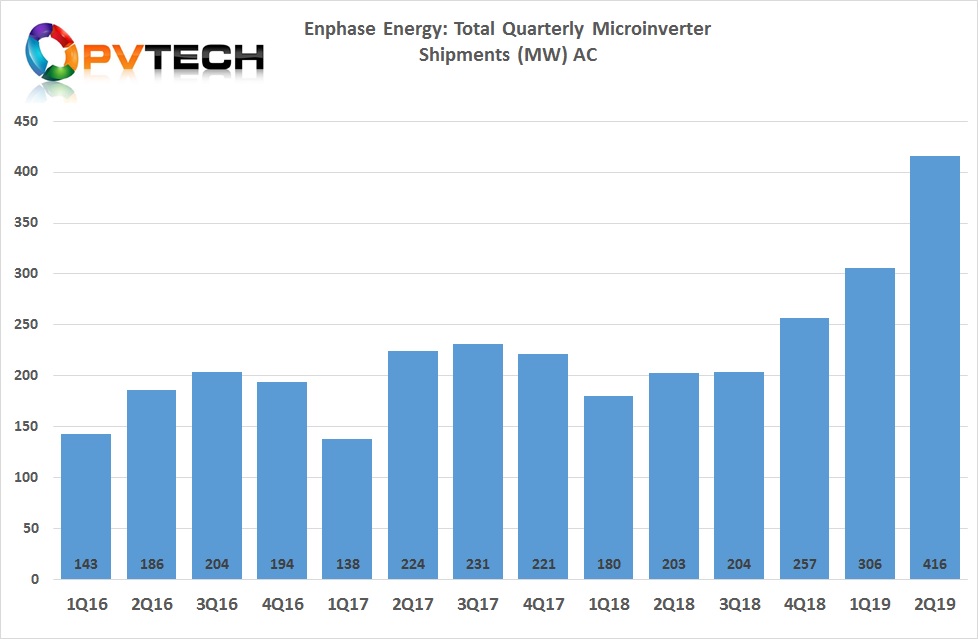 Key to the renewed growth has been the US market, traditionally the largest market for Enphase’s microinverters within the residential rooftop segment.

The European market, which is undergoing a significant resurgence with residential markets in France, Germany and The Netherlands of note, Enphase reported a 71% increase in revenue from the region, compared to the previous quarter and 46% higher than in the prior year period. This was boosted by greater product availability.

However, although the APAC region revenue in the reporting period increased 29%, revenue was down 23%, year-on-year. This was due primarily to ongoing restructuring efforts of its business in Australia.

Revenue from Latin America was down 7% from the previous quarter. However, revenue increased by 27%, year-on-year.

Management noted in the earnings call that it was on track to ramp new manufacturing capacity of microinverters to around 2 million units and beyond in the fourth quarter of 2019.

Despite easing of manufacturing constraints, the increased demand has meant inventory levels remain below the target of 30 days of inventory. Management noted in the earnings call that it ended June, 2019 with only 21 days of inventory, although higher than the 18 days of inventory at the end of March, 2019.

Enphase reported GAAP operating income of US$17.4 million in the second quarter of 2019 and a GAAP gross margin of 33.8%.

29 November 2022
PV ModuleTech EMEA in Madrid on 29-30 November 2022 will address the factors underpinning the changing PV module landscape, gathering together all the key stakeholders across the value-chain from module production to field testing. Join us for presentations from the leading players in the sector, clearly identifying the opportunities and challenges set to impact module supply to Europe and the Middle-East over the next few years.
australia, enphase energy, europe, microinverters, residential, rooftop, us