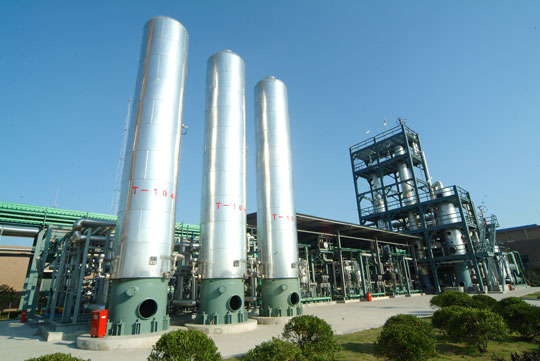 Leading polysilicon and solar wafer producer GCL-Poly Energy Holding has placed a bid of US$150 million for the polysilicon assets of bankrupt renewable energy firm SunEdison via the US bankruptcy court dealing with the Chapter 11 proceedings.

The stalking horse offer in collaboration with SunEdison could lead to an auction although it is unclear whether key rival polysilicon producers such as Wacker Chemie or OCI have a commercial interest in SunEdison’s polysilicon assets, primarily its electronic grade granular polysilicon produced with FBR (Fluidised Bed Reactor) technology.

According to a financial filing by GCL-Poly, the company is targeting the acquisition of SunEdsion’s bankrupt Korean-based joint venture FBR plant, SMP, which had experienced a number of technical delays and issues in ramping SunEdison’s FBR technology. The net assets of SMP were said to be approximately US$400.8 million.

The bid also includes the assets of SunEdison’s continuous crystal growth manufacturing technology that produces monocrystalline silicon ingots via its acquisition of Solaicx in 2010, which has a production facility in Portland, Oregon.

GCL-Poly’s bid for SunEdison’s FBR technology, which potentially offers the lowest-cost polysilicon while achieving high purity levels close to those achieved with the Siemens process is the current ‘holly grail’ for future competitiveness in the solar PV based polysilicon sector.

However, the only successful production of FBR polysilicon has been achieved by REC Silicon to date. GCL-Poly’s own recent FBR R&D program was believed to have been unsuccessful.

Johannes Bernreuter, head of Bernreuter Research had long warned that FBR technology should not be over-hyped and that the technical issues should not be underestimated.

GCL-Poly is therefore taking a significant risk, should the bid for SunEdison’s FBR technology assets be successful.

Indeed, the financial filings from GCL-Poly and bankruptcy court filings regarding the bid show, GCL-Poly is attempting to limit its financial exposure to the offer with a number of clauses related to the production of FBR polysilicon.

According to Bernreuter, “GCL-Poly will effectively get discounts of US$30 million and US$20 million, respectively, if the FBR and CCz plants built do not work at the agreed specifications.”

GCL-Poly is stipulating to SunEdison that it proves that equipment and systems similar to those found at the SMP plant can produce an annualized capacity of at least 6,000MT per year and at a quality level equivalent to the standards and specifications for electronic grade granular polysilicon. This stipulation has a timeline of only eight months from the date of the bid successfully closing, according to the court documents.